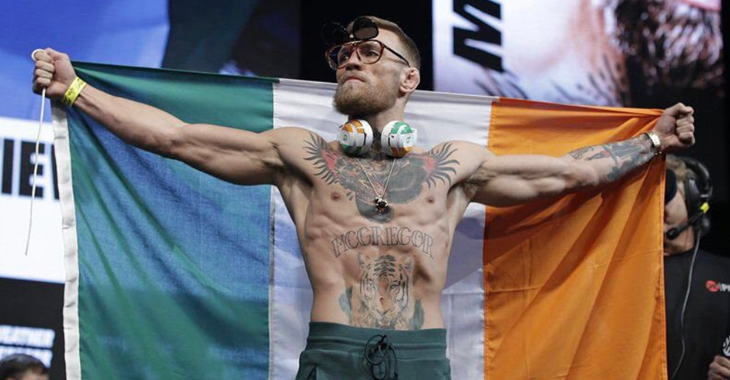 Conor McGregor was described as “obsessed” after he lost to Nate Diaz at UFC 196. Coach John Kavanagh even mentioned that the loss to Diaz stung much worse for the current UFC lightweight champion than the Mayweather loss did. However, according to Dana White, the loss to Mayweather seems to be growing on “The Notorious.”

“Conor wants that fight again really bad,” White said recently on FS1 (transcribed by Damon Martin for MMA Weekly). “I told Conor what you did was amazing. I was sitting there with my partner Lorenzo [Fertitta] and I kept saying, ‘Oh my god, we found this kid in Ireland four years ago. He’s going into the sixth round with Floyd Mayweather. He’s going into the seventh round with Floyd Mayweather.’

“He did extremely well, but Conor was not happy with his performance and obviously Conor, truly he believed he was going to win that fight.”

The retired Floyd Mayweather has come out and said that he carried McGregor through the fight, finishing “The Notorious” by TKO in his professional boxing debut in round 10. Despite what Mayweather claimed, the UFC lightweight champ showed proof that he could connect with the decorated defensive boxer.

“I thought Conor won the first four rounds,” White said regarding their fight. “You’ve got to understand, I did every show on Earth leading up to that fight and every boxing expert on the planet told me that he would not hit Floyd Mayweather one time. So I’m not going to lie to you, there was a little ‘oh my god,’ I at least wanted people to turn off their TV’s and at least felt like it was a good fight and it was a good fight.”

While White brought up that his biggest star still wants another go in the boxing ring with Mayweather, the UFC president says that it’s time for Conor to get back to the Octagon and defend his UFC lightweight title that he won in November 2016.

Do you think we will see Conor McGregor in another big boxing match in the future? Who do you think Conor will defend his title against in the UFC? Let’s get your opinions going in the comment section!