There is no doubt that Conor McGregor has one of the most passionate fans around. “The Notorious” fanatics aren’t just extreme in the world of mixed martial arts or combat sports but are near the very top of the most dedicated fans in the world, according to the Fansided’s 2017 “Fandom 250.”

Fansided’s Mike Dyce explained their ranking system as the following:

“The Fandom 250 is the ultimate ranking of fandoms. From sports teams and movie franchises to Instagram celebrities and brands, if something has an avid, sometimes rabid, fanbase, FanSided wants to honor those fans and — in the spirit of healthy competition — rank ‘em.

“The Fandom 250 is divided into 16 categories: NBA, MLB, NFL, NHL, Soccer, NCAA, Sports Figures, Celebrities, Music, Movies, TV Shows, Comics, Gaming, Brands, Internet Famous and Other. All 250 qualifying fandoms will be ranked both within their categories and against the field, so fans can see how the object of their devotion stacks up against its peers and in the fan landscape at large.” 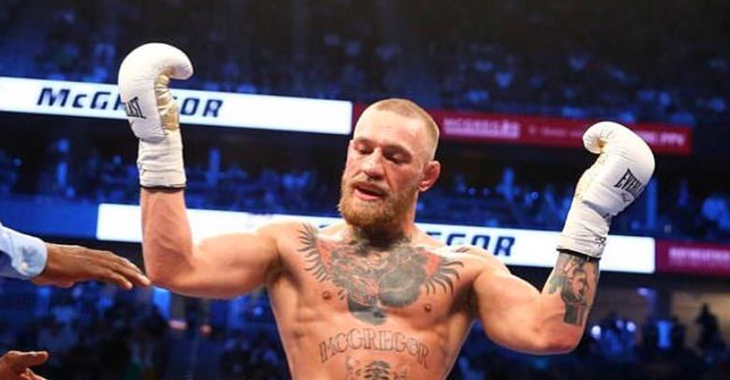 In 2016, McGregor was ranked at number 147 on the list and skyrocketed up 142 spots in 2017 coming in at number 5 overall and topping the list for the “Sports Figure category.” The only celebrity that pulled in higher on the ranking than “The Notorious” was Dwayne “The Rock” Johnson.

Dyce explained that one of the biggest factors for the ranking was how McGregor dominated headlines in the media worldwide this year with his money fight against Floyd Mayweather.

Dyce added, “The numbers support this. Mayweather vs. McGregor is a top-two most watched pay-per-views in combat sports history and was already the biggest draw in UFC history entering the year. McGregor’s newborn son gained tens of thousands of Instagram followers the day he was born. In a 12-month stretch leading into the fight against Mayweather, McGregor added 13 million followers on social media and his posts generated 419 million interactions.”

This article appeared first on BJPENN.COM
Previous articleDaniel Cormier wonders what Cain Velasquez could have accomplished without injuries
Next articlePHOTO | Dustin Poirier Has a Christmas Present for Eddie Alvarez
© Newspaper WordPress Theme by TagDiv