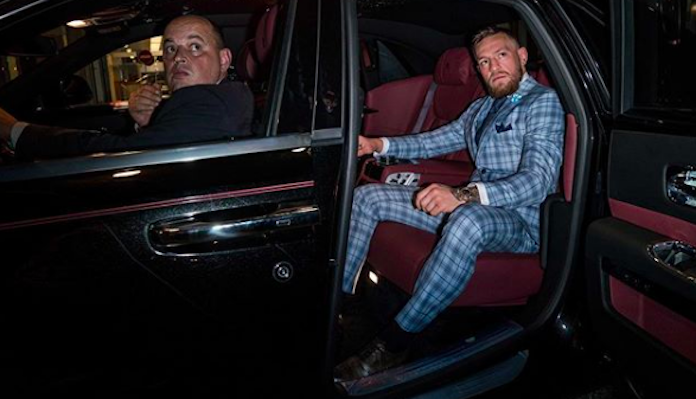 Despite only competing once in the past twelve months Conor McGregor was able to crack the Top 20 on Forbes ‘World’s Highest-Paid Athletes’ list for 2020.

McGregor’s quick work of ‘Cowboy’ netted him more than $30 million. According to the report, the Irishman made $32 million from fighting and $16 million from endorsements over the last 12 months.

McGregor jumped five spots this year in the rankings, as he had finished in the number 21 position in 2019.

Conor McGregor does not have his next fight booked at this time. The former featherweight and lightweight title holder recently accepted a challenge from Anderson Silva for a superfight, but Dana White was quick to shutdown those intentions.

According the UFC President, McGregor should let some future fights, namely Khabib Nurmagomedov vs Justin Gaethje, playout before deciding his next move.

However, with ‘The Highlight’ and ‘The Eagle’ not expected to have their highly anticipated lightweight unification bout until September, there is a good chance that Conor McGregor will not opt to wait around.

The Irish star has other options available to him, including a unique welterweight title fight offer from reigning division kingpin Kamaru Usman. In addition to ‘The Nigerian Nightmare’, McGregor’s longtime rival in Nate Diaz has also been clamoring for a rubber match.

Who would you like to see Conor McGregor fight next? Share your thoughts in the comments section PENN Nation!

This article first appeared on BJPENN.com May 30, 2020