There is clearly no love lost between reigning UFC light heavyweight kingpin Jon Jones and his former opponent in Chael Sonnen.

The pair collided for ‘Bones’ light heavyweight title way back at UFC 159 in April of 2013, with Jones emerging victorious by way of a dominant first round TKO victory.

Despite the definitive outcome, the trash talk from ‘The American Gangster’ has remained consistent and tonight Jon Jones reached his boiling point.

Shortly after Jones shocked fight fans by requesting his release from the UFC due to alleged lies from the promotions President Dana White, Chael Sonnen took to social media where he released a video once again ridiculing ‘Bones’ for his behavior.

“Geez man that ass kicking I gave you must’ve really scarred you for life. Are you this passionate when you’re with your wife at night?

“You never did win that world championship, you never had that $1 million payday yet you sit back and make of someone who’s accomplished the things you’ve only dreamed about. Boy the power of the Internet.” 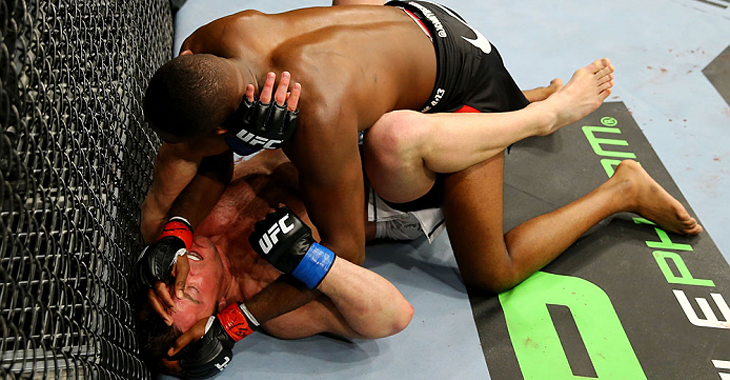 “The hatred you have for me isn’t even motivating, it’s honestly just sad. I couldn’t imagine thinking about another man so much. I hope these responses make you an extra $500 enjoy the attention from me.”

Jon Jones proceeded to delete all three of his tweets shortly thereafter.

The longtime light heavyweight kingpin is coming off a unanimous decision victory over Dominick Reyes in his most recent Octagon appearance this past February in Houston.

‘Bones’ was expected to either rematch the ‘Dominator’ or take on surging 205lbs contender Jan Blachowicz in his next bout. However, his recent disputes with Dana White following failed negotiations from a proposed Francis Ngannou superfight, could throw a wrench into those plans.

What do you think of the scathing responses from Jon Jones to Chael Sonnen which were later deleted? Share your thoughts in the comments section PENN Nation!

This article first appeared on BJPENN.com on May 30, 2020