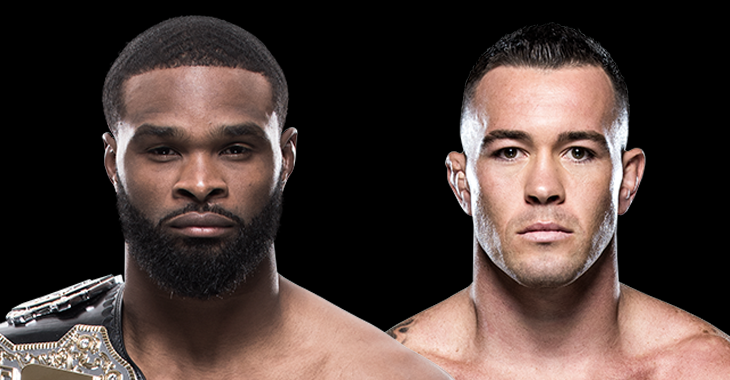 If there is one guy you can’t knock about being persistent, it’s Colby Covington. He’s gone to the ends of the Earth and back to get a title shot against Tyron Woodley, this time he’s ventured where no MMA fighter has ever gone before to call out a UFC fighter. Covington has been one of many fighters storming Impact Wrestling with American Top Team co-founder Dan Lambert. They granted him some time on the mic backstage and he did what any good pro wrestling heel does: Call out the champion and trash him on the mic.

While Tyron Woodley has his eyes on a superfight with Georges St-Pierre for GSP’s new middleweight title, Colby Covington is making sure his name stays in the discussion for welterweight gold. After all, Woodley did practically say he could beat Covington with one arm. Who knows if this combined with finishing Demian Maia is enough to lure Woodley into granting him the shot, but he’s gone to great links to make his voice heard.