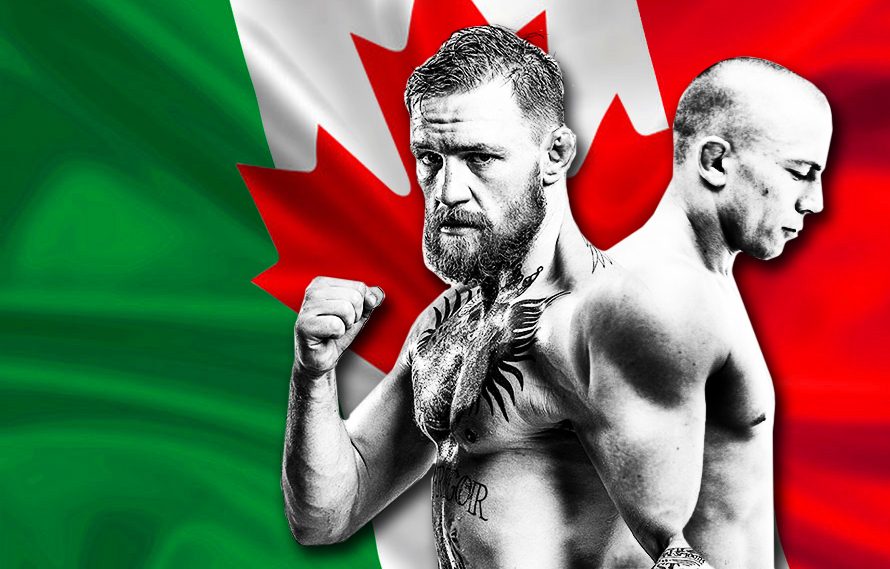 Georges St-Pierre just came back and proved he’s still one of the greatest of all time by capturing the UFC middleweight title. He enters into a special category of warriors who have held two UFC titles: Randy Couture, our own BJ Penn, and Conor McGregor. Now that he and McGregor are back in the UFC at miraculously the same time, a lot of people are clamoring for the superfight to end all superfights. Over at Bovada, they already have odds released on the potential clash of titans. The larger legend opened up as a slight favorite over the champ champ.

It’s worth mentioning that, other than recently against Floyd Mayweather, Conor McGregor has only been a betting underdog once in his entire UFC career. Even a favorite in his pro debut against Marcus Brimage, the only time McGregor didn’t contend as a favorite over an opponent was his fight to unify the UFC featherweight title against Jose Aldo. Word from Dana White and St-Pierre himself says that GSP has to defend his middleweight title against Robert Whittaker next, but we all know anything is subject to change. Either way, St-Pierre has more fights left on his contract, so there is always time.

“Everything is possible. Everyone is targeting Conor McGregor because he’s the money fight you know. But, I don’t challenge people that are in lower weight class divisions. For me, I don’t do that. I’m going up to fight Michael Bisping now so I’m looking up. He’s an amazing fighter and it would be an honor, but I don’t know. I don’t know what to say. If the fans want it or if he wants it then maybe it will happen you know, but right now I’m focused on Bisping.” — Georges St-Pierre speaking with Brett Okamoto of ESPN.