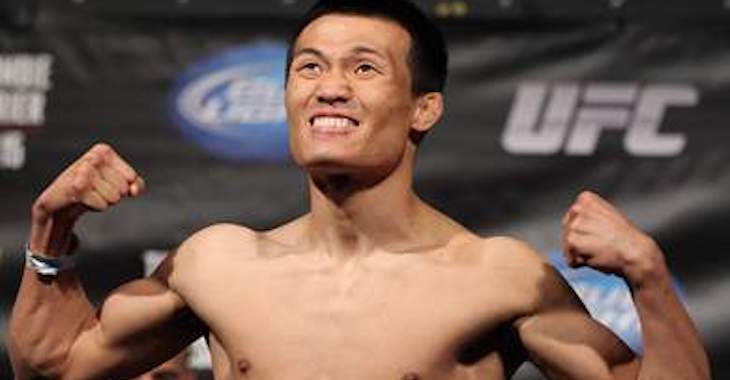 News broke in October of 2014 that fan-favorite fighter Chan Sung Jung, also known as ‘The Korean Zombie’ would be leaving the UFC to fulfill his required 2-year military service to South Korea.

While many wondered if a 2-year hiatus from the UFC following his TKO loss to Jose Aldo at UFC 163 would ultimately lead Jung to retire, that reportedly isn’t the case!

MMAFighting has learned from Jung’s team that ‘The Korean Zombie’ will look to have his first fight back in the UFC at the end of 2016, or the beginning of 2017.

Jung’s mandatory military service comes to an end in mid-October of 2016, and with just over 200 days until The Korean Zombie is done with his military service, we have to wonder who Jung will face when he makes his eventual UFC return.

Who in the stacked featherweight division would you like to see ‘The Korean Zombie’ fight PENN Nation? Sound off below!