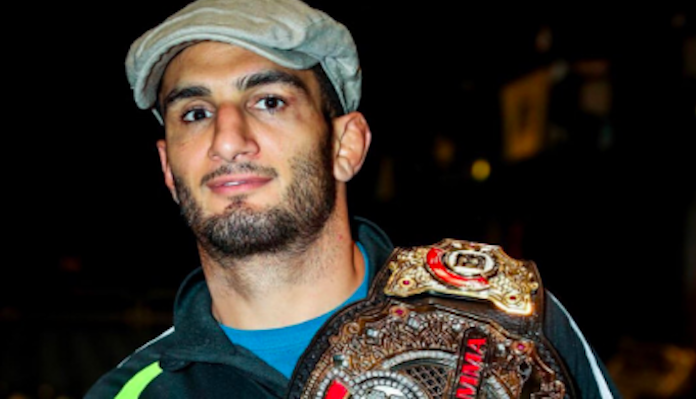 Bellator’s vacant middleweight title was on the line as Gegard Mousasi was looking to reclaim the belt while Douglas Lima was looking to become a two-division champ.

Gegard Mousasi (46-7-2) returned to the win column with a split decision win over Lyoto Machida last September. Before that, he suffered a controversial majority decision loss to Rafael Lovato Jr. to lose his middleweight title. In his career, he has notable wins over Rory MacDonald, Chris Weidman, Uriah Hall, Thiago Santos, and Vitor Belfort among countless others.

Meanwhile, Douglas Lima (32-7) is looking to become a two-division champion as he is moving up to middleweight from welterweight. Lima is currently on a three-fight winning streak and reclaimed his welterweight title last October when he beat Rory MacDonald by decision. The Brazilian holds notable wins over Michael Page, Andrey Koreshkov, Ben Saunders, Paul Daley, and Lorenz Larkin among others.

It was a highly-anticipated fight and one of the biggest fights Bellator can put on. Both Mousasi and Lima are massive stars and are the faces of the promotion. If Lima won, he would likely cement his legacy as one of the best and arguably the greatest Bellator fighter ever.

However, it was Mousasi who controlled and dominated the fight to reclaim his middleweight title after losing it to Rafael Lovato Jr. last year. Lima, meanwhile, will now be going back to welterweight to defend his title in a division full of contenders. Mousasi, meanwhile, has also expressed interest in moving up to 205, so perhaps he is the next one to fight for a second belt.

Check out how the pros reacted to the fight.

I'm pumped for tonight's @BellatorMMA main event!! This should be a great scrape between two high level martial artist!! #Bellator250

Brazil has 4 @BellatorMMA titles right now and I believe @PhenomLima can get us a 5th. Great fighter and person, let's go Douglas! #Bellator250

It will be wonderful if if we get a second Brazilian @BellatorMMA Double Weight Champion tonight and I think @PhenomLima has a great chance to achieve that. And if that happens let's start doing shows in Brazil. #Bellator250

Big 1st round for @mousasi_mma #Bellator250 live on @CBSSportsNet @BellatorMMA

By unanimous decision, Gegard Mousasi is once again the @BellatorMMA middleweight champion. pic.twitter.com/NYf1n2MKEr

Are you surprised Gegard Mousasi beat Douglas Lima at Bellator 250? And, who do you think should be next for both men? Sound off in the comment section, PENN Nation!