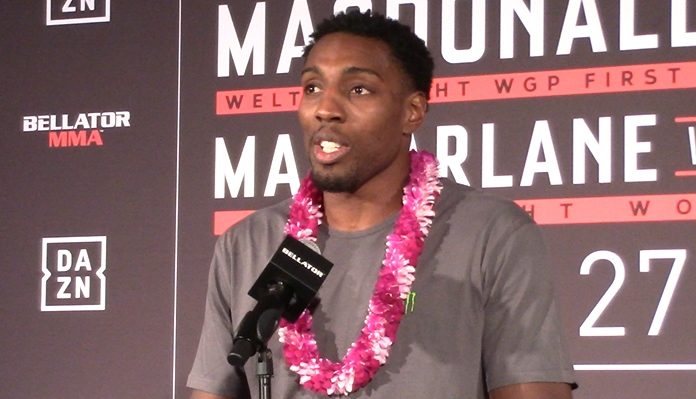 Bellator president Scott Coker said that Phil Davis, and not Corey Anderson, will get the next title shot against 205lbs champ Vadim Nemkov.

Speaking to MMAjunkie.com’s Nolan King, Coker said ahead of this Thursday’s Bellator 252 card that Davis will get the next title fight against Nemkov. Anderson, meanwhile, will be booked for another fight or may end up fighting the winner of that title fight.

“Listen, I thought (Anderson) did a great job. I thought he did exactly what he was supposed to do. I don’t think he’ll get the shot next, but I think maybe one more fight and we’ll put him right in there with the champ – whoever the champ is at the time. He’s somebody who adds great depth to our roster at 205. That’s why I’ve always said we have the best light heavyweight division on the planet. He’s a major part of why we can say that,” Coker said.

“(Phil Davis) had a great fight with (Vadim) Nemkov last time. This will be a rematch. Phil has done a great job since then. That was a close fight. I’m not sure if you recall. I think it was in Israel last year and they had a war there. Phil just came off of a great win against Machida. I think Phil should be next in line.”

Do you think Phil Davis can beat Vadim Nemkov?