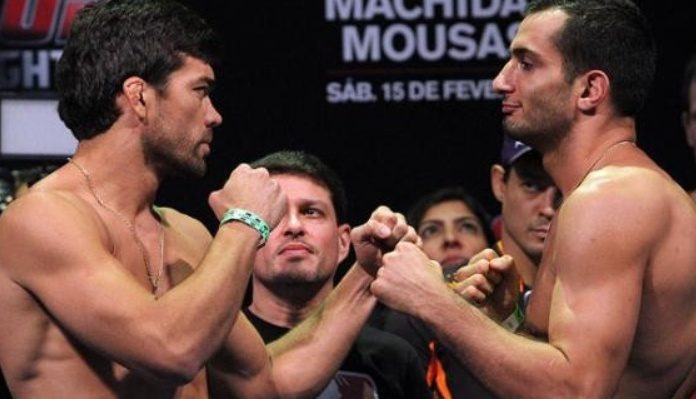 Lyoto Machida and Gegard Mousasi are set to run it back at Bellator 228 on September 28, Bellator announced.

The two fought back at UFC Fight Night 36 in February 2014. There, they were the fight of the night but it was Machida who did enough as he edged out a unanimous decision. Since then, the Brazilian went on to fight for the UFC middleweight title again, but lost and then headed to Bellator after a 3-4 record following the Mousasi fight.

Machida made his Bellator debut at Bellator 213 where he beat Rafael Carvalho by split-decision. “The Dragon” most recently fought at Bellator 222 where he TKO’d Chael Sonnen, in what will be the Americans last fight. He is now considered to be the top contender at both middleweight and light heavyweight.

Mousasi, meanwhile, is coming off of a majority decision loss to Rafael Lovato Jr. There, at Bellator London, the 33-year-old was looking for his second title defense. He won the middleweight title by TKO’ing Carvalho in his second fight in the Viacom-owned promotion. Mousasi then went on to face Rory MacDonald where he also scored a TKO win before the upset loss at the hands of the jiu-jitsu ace.

Many expected Mousasi to get an immediate rematch, especially if Machida were to get a light heavyweight title shot. But, earlier today, it was announced Ryan Bader would defend the heavyweight title against Cheick Kongo. That left the door open for the fight between Machida and Mousasi.

Lyoto Machida vs. Gegard Mousasi 2 will serve as the co-main event on Bellator 228 which goes down in Inglewood, California. The main event will be a featherweight title fight between Patricio Freire and Juan Archuleta, which will also serve as the opening round of the featherweight tournament.

Who do you think will win the fight between Lyoto Machida and Gegard Mousasi? Sound off in the comment section, PENN Nation!