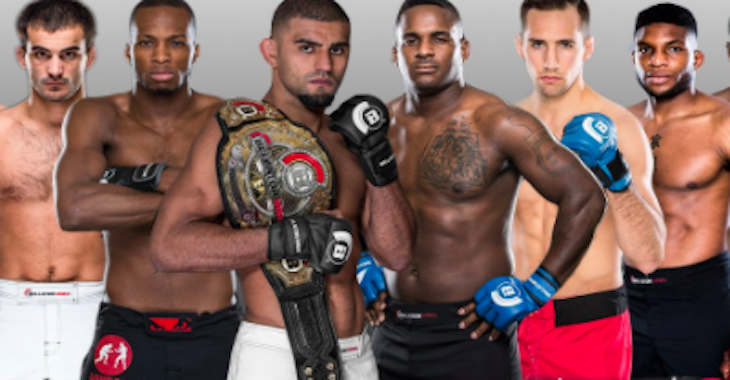 The roster of Bellator MMA – the world’s second biggest MMA promotion – has improved a great deal over the last year or two.

The promotion has injected a tremendous amount of talent into its heavyweight division, picking up free agents like Matt Mitrione, Fedor Emelianenko, Sergei Kharitonov, and most recently, Roy Nelson. The promotion has turned its light heavyweight division into an absolute must-watch, picking up names like Phil Davis, Wanderlei Silva, Chael Sonnen, Ryan Bader, Alessio Sakara, and Satoshi Ishii.

Of all the divisions under the Bellator banner, however, its arguable that none are quite as packed with elite talent as the welterweight division.

Now, imagine for a minute, that all of the aforementioned men collided in a single, one-night tournament. Who would you match up in the opening round? Who would ultimately come out on top? These are precisely the questions Bellator posed in a Monday evening Tweet, which showed its top welterweight stars, along with the caption “What if?”

While this is far from confirmation that Bellator will be hosting a one-night welterweight tournament, it certainly seems to suggest the promotion’s decision-makers are thinking about it. And it’s not like the promotion hasn’t hosted one-night tournaments before. Back in 2015, it did just that at light heavyweight, with a one-night event that saw Phil Davis emerge the victor. Maybe, just maybe, they’ll do the same thing at welterweight.

Who do you think would win a one-night Bellator welterweight tournament?