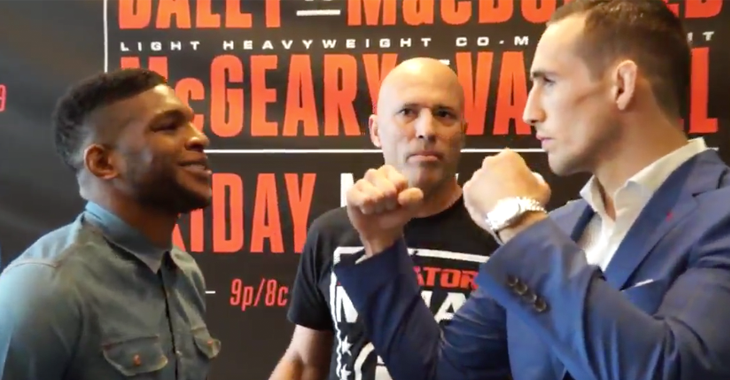 Former UFC welterweight veteran Rory MacDonald stepped into the Bellator MMA cage for the first time on May 19th in the United Kingdom as he fought heavy handed knockout artist Paul ‘Semtex’ Daley.

Going into the fight, there was much question about where MacDonald, a fighter who was near the pinnacle of combat sports when he fought for the UFC welterweight title, would fall in the Bellator MMA rankings. When the ‘Red King’ stepped into the Octagon with Daley, he was all business as he dominated the fight in the first round, controlling Daley on the ground and negating his knockout ability. In the second round it was more of the same as MacDonald quickly took Daley down. This time however, rather than dominate Daley throughout the entire round, MacDonald secured a rear naked choke, securing his first Bellator MMA win. With his win over Daley, MacDonald is now the #1 contender, and will fight the winner of Douglas Lima vs. Lorenz Larkin.