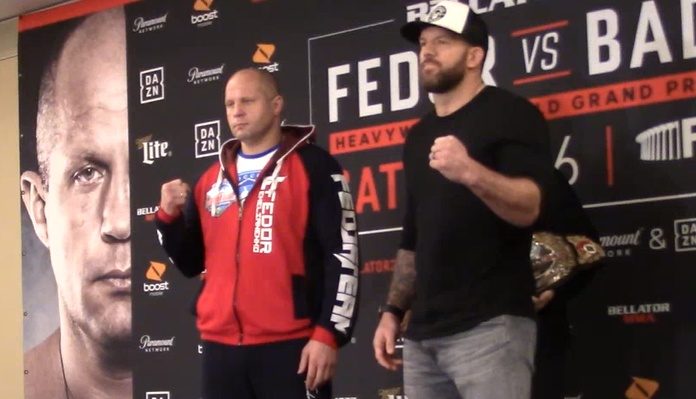 Bellator 214 marked the promotion’s first event of the new year and boy did it deliver. A new champion was crowned, and new stars were potentially born.

In the main event, the year-long Bellator heavyweight Grand Prix title tournament came to its conclusion as Fedor Emelianenko and Ryan Bader fought for the vacant title.

However, it wouldn’t last too long as the light heavyweight champion in Bader would earn his second divisional title thus making Bellator history as the first dual division titleholder.

For the main event that only lasted 32-seconds, the viewing number would peak at 1.5 million on Paramount Network (announced via press release).

The magic number for the event was that number one million, as that was the steady flow of viewers garnered by the event beginning with when the heavyweight bout between JW Kiser and debuting former WWE star Jake Hager got underway.

In the end, Bellator’s first event of 2019 was quite the record breaker as they hit multiple highs (ratings exclude DAZN viewership).

Next on the schedule is Bellator 215 which takes place on February 15 when Matt Mitrione takes on Sergei Kharitonov.

And just a day later, we’ll be getting Bellator 216 which will play host to the highly anticipated welterweight showdown between Michael “Venom” Page and Paul Daley. The card also features the Bellator return of Vitaly Minakov as he faces Cheick Kongo for a heavyweight title shot.