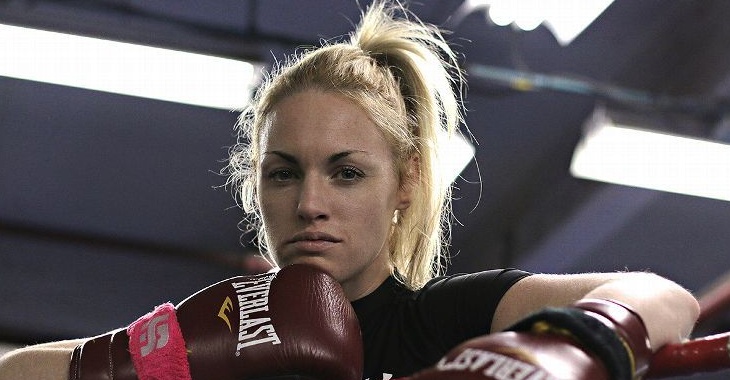 This Friday night, Bellator MMA will return to our screens with Bellator 194. On Thursday, the 24 fighters on the card took to the scale to weigh in for the respective battles.

Unfortunately, the card’s weigh-ins were not without mishaps, as boxing transplant Heather Hardy missed weighed for her anticipated flyweight bout with fellow boxer Ana Julaton. To make matters worse, this unfortunate hiccup was due to a misunderstanding, as Hardy weighed in and, believing she’d hit her mark, began rehydrating. Only then was she told she’d missed she’d actually weighed in above the flyweight division’s 126-pound limit. Though this unfortunate miss was accidental and minuscule, Hardy will surrender 20% of her fight purse to Julaton all the same.

Luckily, all other fighters on the Bellator 194 lineup made weight. Here’s a full rundown of the card’s weigh-in results, via MMAJunkie.com.

Bellator 194 will be headlined by a heavyweight rematch between knockout specialists Matt Mitrione and Roy “Big Country” Nelson. The winner of this fight will advance to the second round of Bellator’s exciting Heavyweight Grand Prix, where they will await the winner of May’s Muhammed “King Mo” Lawal vs. Ryan Bader showdown.

Bellator 194’s co-main event will occur at lightweight, where long-time contenders Derek Campos and Patricky Freire will collide in hopes of inching closer to the winner of Brent Primus and Michael Chandler’s lightweight title rematch.

Who are you picking in the exciting fights on the Bellator 194 bill? Make your opinions heard in the comments section.