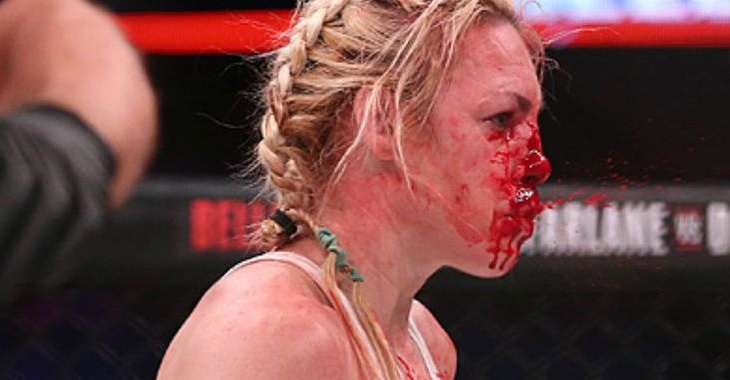 Williams utilized her crisp kickboxing to violently pick Hardy apart for a round and a half before the doctors had seen enough. As rough of a loss as it may have looked to the viewers, Hardy had a much different perspective when looking at the outcome as she told MMASucka in an interview:

“I learned that we can’t rely too heavily on my boxing and I can’t use boxing as my way out of every situation. Prior to that fight, I kind of looked at MMA and thought to myself, ‘How can I survive until my boxing is superior to whatever the other person’s throwing at me,’ and it cost me a broken nose, right? This camp has been more dedicated to not just surviving by using my boxing but being smarter than the person in front of me and being able to pull out different things to capitalize and be in control of the fight. The loss didn’t deter me, it didn’t make me say, ‘Oh, I don’t want to do it again. I’m still in it. I’ve got to figure out how I can be better than these girls.

[The fan support] really meant the world to me. Especially coming off a loss. The MMA community kept in it with me, they’re still staying Team Heat, so I’m gonna put on a show for my fans.” 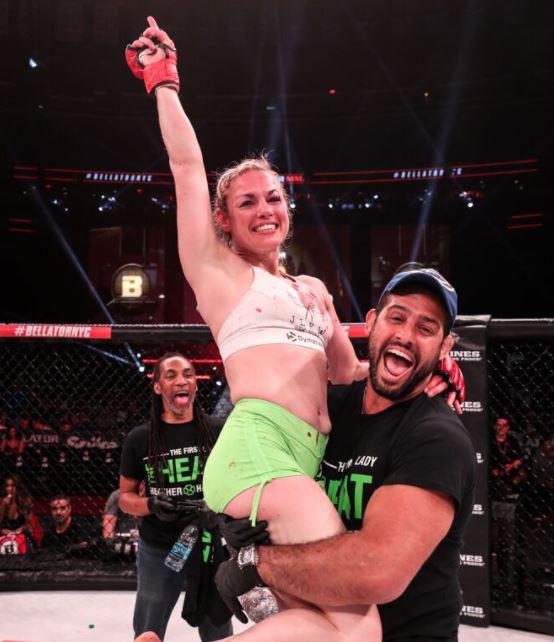 The 20-0 boxer, Hardy’s next opponent will also be a cross-sport athlete in Ana Julaton. The two have been on each other’s radars for a good while now and finally they will get to settle the score…not just in MMA, but boxing as well(the date for the match has yet to be announced).

“I feel like it’s going to be a good fight,” Hardy continued, “We’re gonna see how tough she is, huh? Ana had released this article about how like ‘Heather Hardy, you can run but you can’t hide,’ and it was the day before my weigh-in, so I was very cranky. And when someone told me, I was yelling and screaming like literally, I sounded like I came off the streets in Brooklyn *laughs*. But day to day, I really don’t care.”