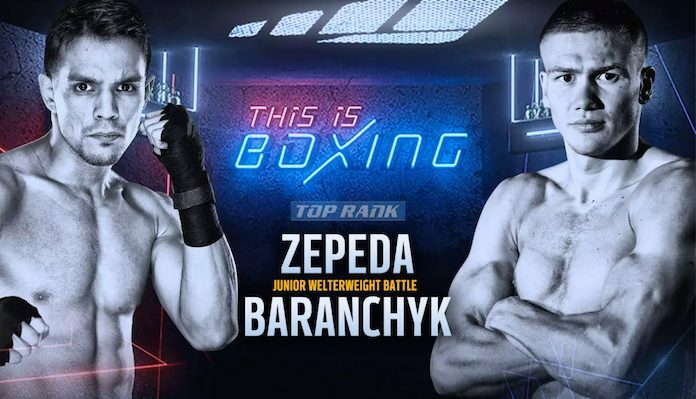 Light welterweight boxer Jose Zepeda knocked out Ivan Baranchyk in the fifth round of one of the best boxing fights of the year 2020.

It was one of the craziest fights we’ve seen in a long time in the world of boxing. In less than five fully-completed rounds, there were eight knockdowns between the two fighters, with the finishing blow coming late in the fifth round. Zepeda was able to catch Baranchyk with a devastating left hook and knocked him out cold to finally end the crazy carnage.

Check out the video of the devastating Zepeda vs. Baranchyk KO below for yourself.

Jose Zepeda KOs Ivan Baranchyk in the fight of the year! 🥊 #ZepedaBaranchyk pic.twitter.com/aAZx5U6mjX

Of course, both Zepeda and Baranchyk are far from superstars such as Floyd Mayweather and Manny Pacquiao. But these two fighters proved that you don’t have to be a big name in the sport to put on a great fight. Both Zepeda and Baranchyk threw caution to the win for the nearly 15 minutes they fought each other in the cage until Zepeda was finally able to put an end to the war when he finished Baranchyk with the devastating KO you see above.

With the victory, Zepeda won the vacant WBC Silver light welterweight title. He has now won three straight fights in a row following a two-fight winless skid. As for Baranchyk, he has now lost two of his last three fights overall. But when you have a fight like this where all hell was let loose, there is no loser in a fight like this. It’s one of those fights that everyone is talking about the next day and that should raise both fighters’ stocks. For Zepeda, it is arguably the highlight of his career so far, but Baranchyk will be back.

Was Jose Zepeda vs. Ivan Baranchyk the best boxing fight of the year so far?