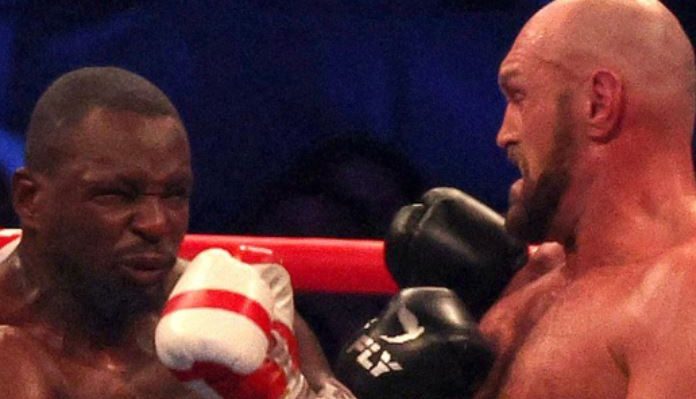 Tyson Fury vs. Dillian Whyte went down this afternoon live from Wembley Stadium in London, England.

The highly anticipated heavyweight contest had ‘The Gypsy King’ putting his WBC and The Ring Heavyweight Titles on the line against ‘The Villain’.

Tyson Fury (32-0-1) was returning to action for the first time since scoring an eleventh round knockout win over Deontay Wilder in their trilogy fight this past October. ‘The Gypsy King’ had confirmed earlier this week that today’s fight against Whyte would be the final bout of his illustrious career.

“I’ve got nothing to prove to anybody, I’m just there to have fun, take in the atmosphere, and enjoy the night. It’s the final farewell. It’s been a long old ride, it’s quite emotional to be honest,” Fury said to a Top Rank correspondent. “All this, the ride of, like, starting as a little kid and wanting to be heavyweight champion, and then to finally be hanging up the gloves. I know nobody believes me because they all think I’m after money or whatever else, there’s only a certain amount of people who know that money don’t mean nothing to me. I’m walking away. I have nothing to prove to nobody.”

Meanwhile, Dillian Whyte (28-3) was returning to action for the first time since March of 2021, where he captured the interim WBC heavyweight title by avenging his previous loss to Alexander Povetkin.

Tonight’s Fury vs. Whyte heavyweight title fight was dominated by ‘The Gypsy King’. The undefeated champion utilized his jab to frustrate and outpoint Whyte before eventually putting him down with an uppercut in round six. 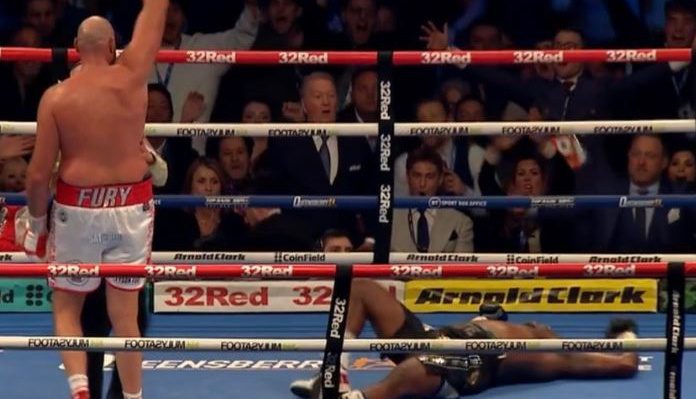 Official Result: Tyson Fury def. Dillian Whyte via TKO at 2:59 of Round 6

Check out how fellow Pro Boxers reacted to ‘Fury vs. Whyte’ below:

Tyson fury got an amazing taste in music!! The walkout songs on point

Tyson fury is a different breed

I never seen nothing like Tyson Fury before he is amazing

Tyson Fury is the real deal.

⁦@Tyson_Fury⁩ Congrats my dawg #Kronk #SugarHill ⁦@anthonyjoshua⁩ Get dat Win and you up Next can’t wait for this 1🥊 pic.twitter.com/HFpbfn80eb

ONE OF THE GREATEST HEAVYWEIGHTS OF ALL TIME!!!!!!!!

Master class that from Fury, he’s number 1 no doubt 🤴

What did you think of today’s Tyson Fury vs. Dillian Whyte fight?