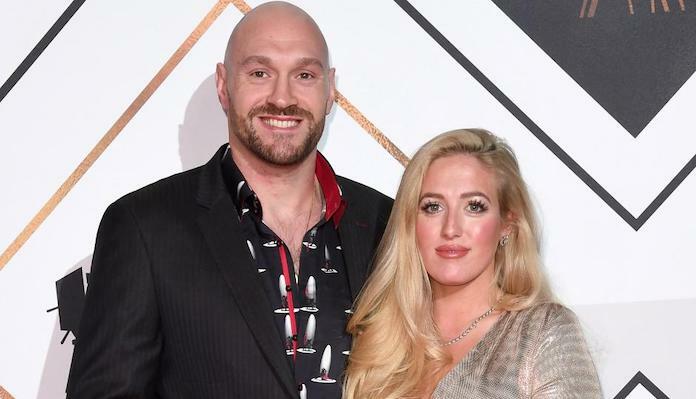 Paris Fury reacted after her husband Tyson Fury knocked out his rival Deontay Wilder in their incredible boxing trilogy match.

In one of the greatest heavyweight boxing matches of all time, Fury knocked Wilder out in the 11th round to win their trilogy by a score of 2-0-1. After a split draw in their first fight back in 2018, the two then rematched in 2020, with Fury stopping Wilder in the seventh round after his corner threw in the towel. In the trilogy match this weekend in Las Vegas, it was Fury who stopped Wilder yet again, this time in the 11th round after 10 rounds of back-and-forth warfare before that. It was an absolutely brutal fight for both men to be a part of, but ultimately it was Fury who was the winner, proving he is the better boxer.

Speaking to iFL TV following the war, Fury’s wife Paris was asked what her reaction to the match was. For Paris Fury, she is just happy that the fight is over and Fury is healthy.

“Phew. That’s how it feels. (Nerve-wracking) yep, obviously. Anyone who was a fan was nerve-wracked in that fight, so imagine how the wife feels?” Paris Fury said. “It was (terrifying). It’s no good. It’s not nice to watch. It’s horrible. A horrible, horrible situation and I don’t know what to think of it. It looked like (Wilder) go at any point. For about three rounds he looked like he should be knocked out but obviously, clearly, he’s a tough man, but obviously not tough enough. Maybe he’ll shut up now and go home and go to bed. Three times now. We don’t want to hear that man’s name again. Let him go do something else that he’s good at. He ain’t good at boxing. That one’s finished and done with, and onwards and upwards for Tyson. I just want him to come home… he’s been at home two weeks in the last six months.”

What was your own reaction like to seeing Tyson Fury knock out Deontay Wilder?