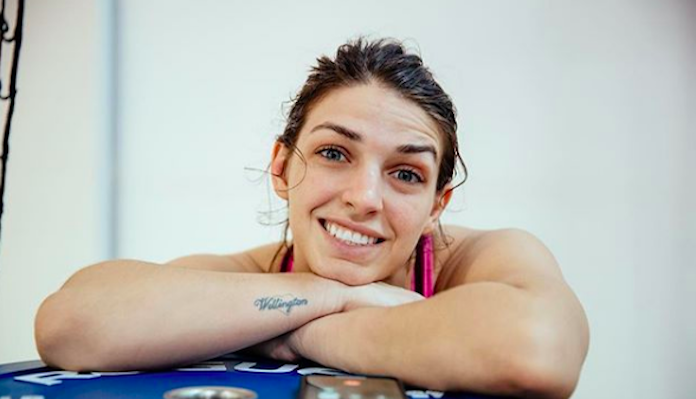 Dern lost a unanimous decision to Rodriguez in the main event of Saturday’s UFC Vegas 39, which was the “Fight of the Night.” It was a fantastic back-and-forth fight between the two 115lbs contenders, but it was Rodriguez who ultimately walked away with the win after out striking her opponent for the majority of the 25 minutes. Although Dern did have some strong points in the fight with her ground game, overall she was beaten to the punch on the feet. Still, it was an awesome fight and Dern gained plenty of respect for her performance in the fight. Despite losing, she went a hard 25 minutes and showed heart.

Taking to her social media following the loss, Dern released the following statement. While she said she was overall happy with the experience, she knows that she has a lot to work on. Ultimately she was just happy for the chance to compete against someone as talented as Rodriguez, and she wanted to thank Dana White and the UFC for her 50k bonus award.

Mackenzie Dern: Thank you everyone for all the support! Yesterday wasn’t the result I was training for, but this fight is the biggest learning experience for me! Now I have a lot to look back on and fix to become a better fighter! For sure a submission would have been great but to have these rounds for me to work on is such a blessing! Congrats Marina for the win! I hope you guys enjoyed the fight and thanks @danawhite for the FOTN Thank you to my family, my team, my friends and everyone who continues to support me! Letssss gooo!

What do you think is next for Mackenzie Dern following her loss to Marina Rodriguez at UFC Vegas 39?