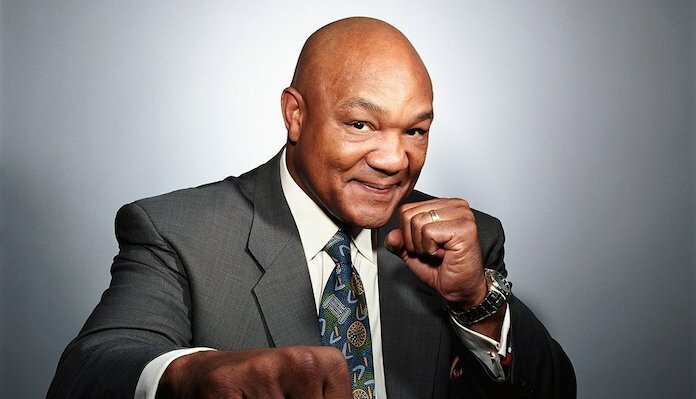 Robinson made his professional boxing debut last Saturday at the Mike Tyson vs. Roy Jones Jr. PPV in the co-main event against Paul. In the first round, Robinson suffered two knockdowns but referee Thomas Taylor allowed the fight to continue. It was in the second round where Paul landed the crushing blow, nailing Robinson with a massive overhand right that knocked him out cold. The KO went viral afterward.

In the wake of the devastating loss, many have suggested that Robinson has no place in the boxing ring and that he should never fight again. There are others, such as former NBA point guard Gilbert Arenas, who believe that Robinson could do better if he had a rematch. Foreman is among those in the camp that Robinson could improve if he had another shot. In fact, the heavyweight legend told TMZ Sports that he is offering to train Robinson if he indeed wants to take another shot.

“(Jake Paul) had too much talent for Nate Robinson. I’d like to get Nate down here for a few weeks and train him and get a rematch,” Foreman said.

“I can turn him into a five-or-six-round fighter in no time flat. Make him do what I say. He may not want to box again, but I wouldn’t want him to leave without doing a better show than he put on. You don’t wanna go on like that.”

If anyone knows about how to train someone for a boxing match, it’s Foreman, who is regarded as one of the best of all time to ever compete in the “Sweet Science.” That doesn’t mean that Robinson will want to return, or if Paul would even consider a rematch against him. But if that’s a possibility then Foreman wants to train him.

Do you want to see what Nate Robinson can do against Jake Paul in a rematch after he is trained by George Foreman?