UFC lightweight champion Conor McGregor has signed his bout agreement for the superfight boxing match with Floyd Mayweather. Now, UFC President Dana White awaits for Mayweather and his team to agree to terms and sign off on their end of the deal.

With Mayweather promoting his world champion fighter Gervonta Davis over the weekend in the title boxing match against Liam Walsh, a lot of buzz still surrounded Mayweather’s anticipated return to the boxing ring. Mayweather was asked in the ring following Davis’ third round TKO win, what the chances are that he and Conor McGregor will actually fight. Mayweather replied that he thinks the fight will happen and would like to have his young star fighters on the undercard. 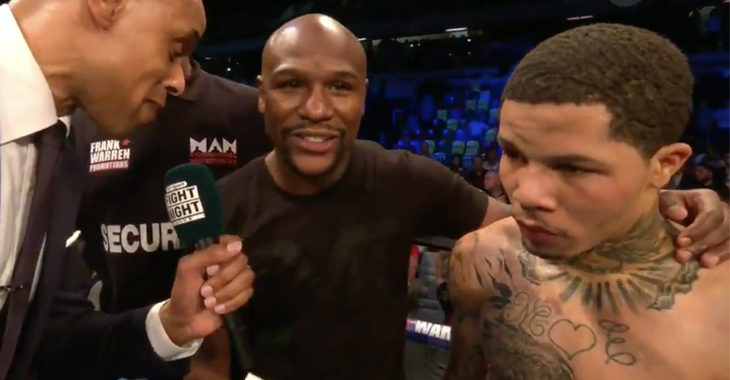 Mayweather spoke about the fight with McGregor once again at a later meet and greet with heavyweight boxing champion Anthony Davis.

Do you think we will get the official announcement regarding Floyd Mayweather and Conor McGregor’s boxing match soon? Will Mayweather and his team come to terms with Dana White? Let’s get your take on the negotiation process in the comment section!