While negotiations have begun between Floyd Mayweather and UFC President Dana White for a potential boxing superfight between Mayweather and UFC superstar Conor McGregor, there is still an extremely long road ahead before an agreement is reached.

Mayweather started the year by offering McGregor $15 million for a boxing match, with the boxing icon leaving the door open to negotiations regarding the PPV split. 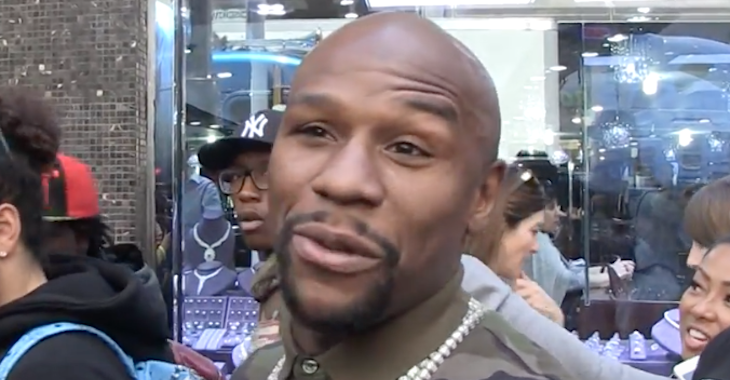 UFC President Dana White was quick to make an appearance on Fox Sports 1 and counter Mayweather’s offer, stating that both he and McGregor would earn $25 million, and that they could discuss a PPV split. Mayweather of course was quick to fire back and shut down White’s offer, saying the UFC President was a comedian.

Since then there has been radio silence on the matter, however Mayweather took to social media today to lob another shot at McGregor:

While the two men have both expressed mutual interest in fighting, boxing promoter Bob Arum has maintained that talks are meaningless, and the pair will never step into the ring together: