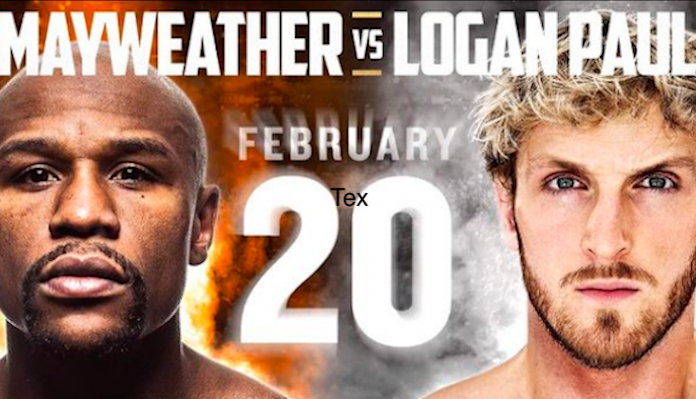 The opening betting odds have been released for the upcoming special exhibition boxing bout between Floyd Mayweather and Logan Paul.

On Sunday, Mayweather and Paul broke the internet when they announced the long-rumored fight against each other was official. The two will meet on February 20 in a blockbuster pay-per-view fight that is expected to sell millions of PPVs. It’s being billed as a special exhibition bout owing to the size discrepancy between the two men, not to mention the experience difference. But the fight will still have a winner declared by the WBC, similar to the recent Mike Tyson vs. Roy Jones Jr. bout.

Mayweather opened as a gigantic -5000 betting favorite to get his hand raised. That means a staggering bet of $5000 is needed just to win $100 on the legend. On the comeback, Paul is unsurprisingly a massive underdog to win this fight. The YouTuber opened as a +1500 betting underdog, meaning a $100 bet would win you $1500.

Mayweather (50-0) is one of the greatest boxers of all time. Now 43 years old, Mayweather is happily retired after enjoying one of the most financially-lucrative sporting careers any athlete has ever had. Even in retirement, though, Mayweather has been keeping busy. He beat UFC superstar Conor McGregor for his 50th win and then also had a knockout win over Tenshin Nasukawa in a RIZIN exhibition match.

Paul (0-1) made his pro boxing debut in November 2019 and lost a split decision to YouTube rival KSI. Logan’s brother Jake Paul just knocked out former NBA star Nate Robinson in a high-profile boxing match that served as the co-main event for the recent Mike Tyson vs. Roy Jones Jr. PPV card. That event sold 1.6 million PPVs, and you know that Mayweather saw that number and knew he needed to fight Paul.

Who is your money on, Floyd Mayweather or Logan Paul?