‘The Spider’ has been out of action since his no-contest exhibition boxing match with Bruno Machado in May. The bout was the Brazilian’s third since departing the UFC in 2020. Silva had previously scored victories over Julio Cesar Chavez Jr. and Tito Ortiz in the boxing ring.

The string of impressive performances was enough for the legend to earn a shot at ‘The Problem Child’. Paul has had two recent canceled returns against professional boxers Tommy Fury and Hasim Rahman Jr. As such, he’s returned to boxing former UFC fighters.

However, this matchup is much different than anything the YouTuber has dealt with thus far. Silva has experience in the boxing ring and is levels above Paul’s previous opponents in striking. Currently, the YouTuber is an underdog for the first time in his career.

It seems that former UFC light-heavyweight titleholder Chuck Liddell would agree with the oddsmakers. In an interview with FightHubTV, he previewed the matchup between Silva and Paul. There, Liddell stated that the YouTuber has nothing to lose and that he respects him.

However, that doesn’t mean that the UFC Hall of Famer expects him to win. In fact, Liddell expects the former UFC champion to win by stoppage. 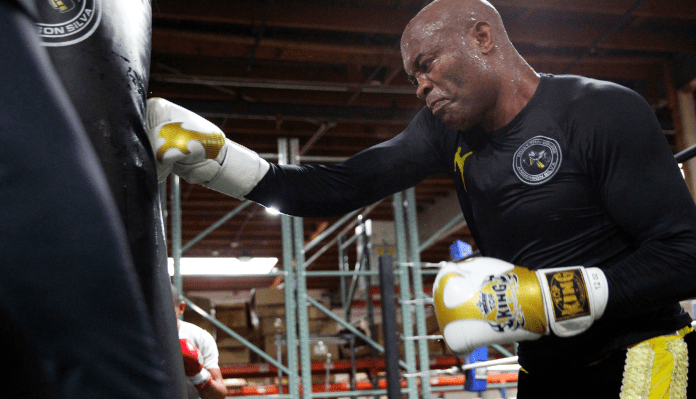 “He’s got nothing to lose, but that’s dangerous. Anderson is still powerful, he’s still sharp, and he’s a striker. Jake had some good luck with guys that were wrestlers that tried to strike… One thing is to have OK striking for MMA, but that’s because you have to worry about them taking you down. When you don’t have to worry about getting taken down, then it’s hard to land those big bombs. But Anderson, he’s a striker and has been concentrating on boxing. He looked great in his last couple of fights.” (h/t MMAJunkie)

He concluded, “I think he wins, I think he knocks him out. But hey, man, I’m interested to see it. Good luck to Jake. The kid is fighting. He goes out there and really fights. You have to respect that.”

Do you agree with Chuck Liddell? Sound off in the comment section below!