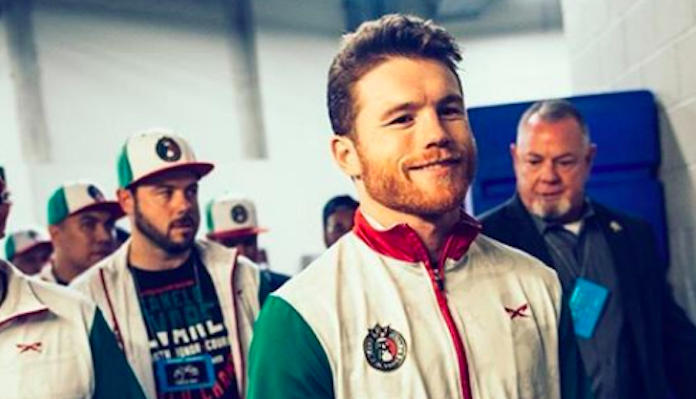 Alvarez is the best boxer on the planet, and he reaffirmed his No. 1 P4P ranking on Saturday night when he defeated the much larger Callum Smith by lopsided decision to improve his professional record to 54-1-2. As the top boxer in the world today, Alvarez’s opinions about the current state of boxing mean more than most. So when he was recently asked what he thinks about the Paul brothers, it’s worth listening to him.

Speaking to TMZ Sports, Alvarez slammed Jake Paul and Logan Paul, accusing them of chasing after money and suggesting they lack respect towards true fighters. Unlike Floyd Mayweather, who will take on Logan in 2021, Alvarez has no interest in fighting the Pauls. But if they want to see what it’s like to step into the ring with a real boxer, Alvarez has invited the Paul brothers to spar with him if they want to take him up on it.

Alvarez said that in general, he is not a fan of the athletic commissions handing out licenses to athletes or celebrities who are not trained fighters. It’s a good point made by Alvarez and one that hasn’t been brought up enough lately. While many fans are focused on the Paul brothers and former NBA players like Nate Robinson as being the problem, the athletic commissions also deserve to share the blame if you aren’t a fan of these types of fights. As Alvarez said, it’s all about money. But considering how risky boxing can potentially be, Alvarez says he doesn’t agree with this current trend.

“It’s all about money and I don’t agree with it. I don’t agree that people who are basketball players or who are YouTubers get licenses,” Alvarez said, taking a shot at the Pauls and Robinson, among others. “This is a very risky sport, so if they’re going out there, it’s risky.”

Do you agree with Canelo Alvarez that Jake Paul and Logan Paul lack respect?