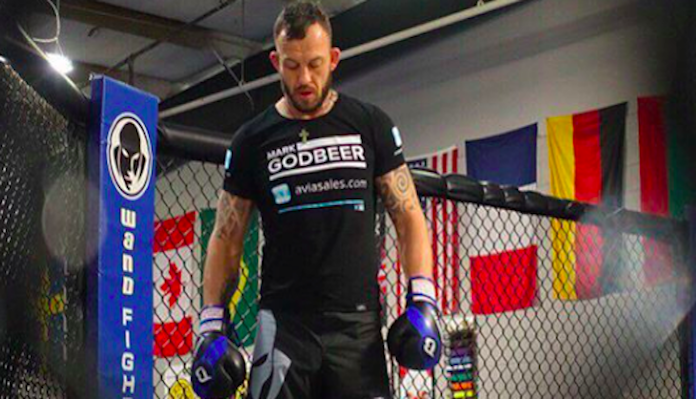 The card delivered a number of highlight-reel finishes, including a brutal knockout by former UFC heavyweight Mark Godbeer that went viral. He knocked out Jack May in devastating fashion en route to becoming the promotion’s first-ever heavyweight champion. Watch the video below.

Oooof this is @MarkGodbeerUK’s opening round KO last night en route to becoming the first ever @ValorBK heavyweight champion pic.twitter.com/B6ekBw6JjZ

Check out the video of Godbeer’s KO over Mighty Mo here.

Also on the card, former UFC heavyweight Lavar Johnson knocked out fellow Octagon alum James McSweeney in the first round in a heavyweight alternate bout. Watch the video of that knockout below.

The card also saw Mighty Mo finish former PRIDE veteran Sokoudjou in the third round to advance to the finals against Godbeer.

As well, Bellator veteran Mike Richman fought JC Lamas to a No Contest after a headbutt ended the fight prematurely.

Check out the complete results of VBK 1 below. (h/t MMASucka)

Overall, it was a successful debut card for VBK, and the Ken Shamrock promotion should return with another action-packed card soon.

What did you think of the Valor BK 1 event?