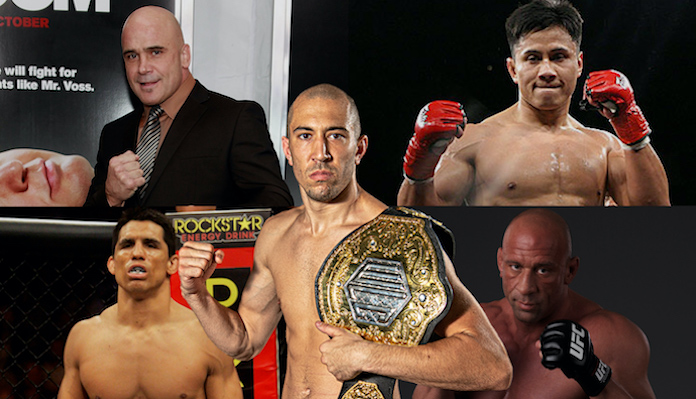 Bare knuckles. Headbutts. Victory via knockout only. There are a number of reasons why the ancient Burmese sport of Lethwei has been attracting attention in recent years. Aside from being incredibly exciting and fun to watch, there’s another reason for the increase in popularity. Namely, “the King of Lethwei,” Dave Leduc.

The 28-year-old is undoubtedly the biggest star in the sport. Having begun his fight career in Mixed Martial Arts before moving on to Muay Thai, the Canadian eventually discovered the “Art of Nine Limbs.” It turns out he was made for it.

Since making his Lethwei debut in 2016, the 6’2 star faced some of the sport’s biggest local legends including Tun Tun Min and Too Too. He also fought Cyrus Washington, a multiple-time world champion in various disciplines. Despite dominating the fight, Leduc couldn’t get the KO, so it ended in a draw.

He has a chance to make that right on November 7, when the pair will rematch in the main event at a Sparta Sports and Entertainment event in Cheyenne, Wyoming. This will be only the second-ever Lethwei event on US soil—and it will be under traditional rules, so there has to be a finish if there’s to be a victor. The inaugural Sparta Lethwei world title will also be on the line as well Leduc’s openweight world title.

Dave Leduc has done a stellar job pioneering the sport in the western world. He gives seminars across the globe, whilst his videos on social media have attracted plenty of interest. Needless to say, The King of Lethwei has won plenty of admirers—including some old school MMA legends.

“I love Lethwei to begin with. I’ve loved that sport for a longtime,” said Mark Coleman, a former UFC champion and Hall of Famer. “I started messaging [Leduc] and we became friends. (We have) a lot of respect for each other. I like what he’s all about. He’s hardcore, and he’s not afraid to stick his head in there.”

Lethwei is a sport that’s been on Coleman’s radar for several years, and he explained the appeal in no uncertain terms as well as why he’s keen to tune in to Leduc’s rematch with Washington.

“People love violence. I love violence!” Coleman said. “Reminds me a little bit of the old school UFC days. I anticipate a lot of violence and there’s no fear in either one of these two guys, so I think there’s going to be a lot of action. There’s no room for stalling in Lethwei.”

Cung Le, who was the middleweight champion in Strikeforce, also found Leduc online and was suitably impressed by what he saw.

“I actually saw some sidekick footage, and Dave was kicking people in the face, so I took notice to him. Me and Dave started talking and we connected. We come from the traditional martial arts background.”

“This is going to be the first time that two men walk into the ring and one man, literally will be leaving,” Le said, looking ahead to the Leduc vs. Washington rematch. “I’m very excited to see how it all plays out. It all comes down to endurance at this level. Both fighters are very high level, but Dave’s got that reach. He’s got that natural flow from punching, kicking, kneeing and head-butting so I’m very excited to be watching this event.”

Bas Rutten first heard about Lethwei years ago when he was training in Holland. He never imagined that the sport he knew as “Burmese boxing” would make a splash globally but feels that Leduc has taken it to another level.

“Suddenly Dave Leduc came along and then it started getting my attention and then I started watching some fights and I go, ‘man, this guy’s really good,’ and then I had the pleasure of him visiting me at my gym and I was very impressed. It was the hardest elbows I’ve ever felt, and I held pads for a lot of people in my life, but this was a whole different level of elbows.”

The elbow could be an inviting route to victory for Leduc. In his last fight. He beat UFC alumni Seth Baczynski to win the inaugural WLC cruiserweight world title. He sealed the TKO win via four knockdowns and used his elbows to devastating effect.

Given that Lethwei is still a fairly niche discipline in combat sports, it’s interesting to see that Leduc’s exploits have reached so many MMA legends. Frank Shamrock was the first-ever UFC middleweight champion and was at one time the no.1 pound-for-pound in the world. As a fan of all combat sports, Shamrock was allured by the notoriety Leduc has garnered in recent years.

“He’s kind of an urban legend for what he does,” noted Shamrock. “One of my students actually turned me on to some of his fights and the style itself so I got intrigued by what they were doing, and I loved the idea of sort of a freestyle stand-up experience.”

Shamrock will be keeping a close eye on Leduc’s fight at Sparta, and feels the man the Burmese nicknamed “The Steel Giraffe” is a natural for this sport.

“Some people just have that bravado,” Shamrock said. “That desire to be in the fire fight and that’s what I see from him. It’s a natural human reaction to move away from these things. To blink and to block and save yourself. But he just wades right through that stuff in a very tactile fashion. It’s something everyone wants to have, but very people actually have it.”

With Lethwei available to watch via WLC on UFC Fight Pass as well as promotions like Sparta putting on shows in the States, Shamrock agrees that America is ready to embrace the sport.

“Honestly, I like the brutality of it, and that’s something Americans will like as well. We really understand the stand-up arts and I think there’s huge opportunity for it.”