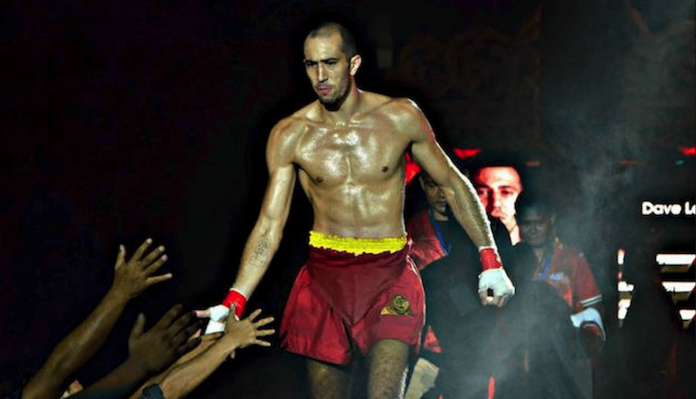 As “The King of Lethwei,” Dave Leduc is well accustomed to receiving callouts from prospective opponents keen to usurp his throne.

This month, however, has been particularly busy for the French Canadian Lethwei legend.

Marcus, a friend and training partner of Muay Thai legend and long-time Leduc rival Buakaw Banchamek, was the first to target the King. This callout came as a surprise to Leduc, as he previously taught a seminar at Marcus’ gym in Toronto.

“He’s friends with Buakaw—good friends and has been training with him for awhile,” Leduc told BJPENN.com, responding to Marcus’ callout. “I did this successful seminar at this gym in Toronto in 2019, I think. I met him quickly, we did the lekkha moun, he game me a shirt, I gave him a shirt, we were just friendly.

“Now he’s commenting on my posts—my post when I spoke about Buakaw, because I did get approached to fight Buakaw in 2021,” Leduc added. “He’s like ‘you can get it anytime, anywhere.’ I was like, ‘ok, let’s go man. You talked the talk, now walk the walk.’ I think he would get lacerated in Lethwei. He’ll get facial reconstruction in Lethwei. It’s not those big pillow gloves like in Glory.”

While Leduc is happy to silence Marcus in the ring, he doubts his Canadian rival will actually accept a fight under the brutal Lethwei rule-set. He also worries that if he were to batter Marcus in the ring, it would deter Buakaw from agreeing to a Lethwei fight in the new year.

Then there’s Yohan Lidon, who went above and beyond your typical combat sports callout. The Frenchman, who holds kickboxing wins over names like Samy Sana, Cosmo Alexandre, Akihiro Gono, and Marat Grigorian, actually claimed that he’s accepted an offer to fight Leduc.

Leduc assures that he’s never heard anything about this potential matchup, and that neither WLC nor Sparta Sports and Entertainment—the two organization he competes for—have ever offered Lidon a fight.

“He’s like ‘I got approached by a promoter to fight Lethwei in the US, and I accepted a fight with Dave Leduc in Lethwei to challenge him for the belt,'” Leduc explained.

While Leduc recognizes that Lidon’s claims about a fight offer are almost certainly untrue, he admits that he respects this unorthodox approach to setting up a fight. And given that he also respects Lidon’s accolades, he’d welcome the opportunity to take him on in the WLC ring.

“He’s not saying ‘I want to challenge Dave,’ he’s saying he already accepted the fight,” Leduc said with a laugh. “It’s a weird tactic. It’s a weird way to get a fight—but I accept. He can get what he wanted, even though I know it’s a publicity stunt.

“I respect his pedigree because of who he’s fought,” he added. “It’s hard to find opponents who have the balls to accept the fight and sign the contact. He’s basically saying he has the balls. So if WLC wants that matchup, I think it makes sense.”

Suffice it to say that, as we enter the New Year, Dave Leduc has plenty of interesting options in terms of the opponent for his next fight.

Who do you want to see The King of Lethwei fight next?