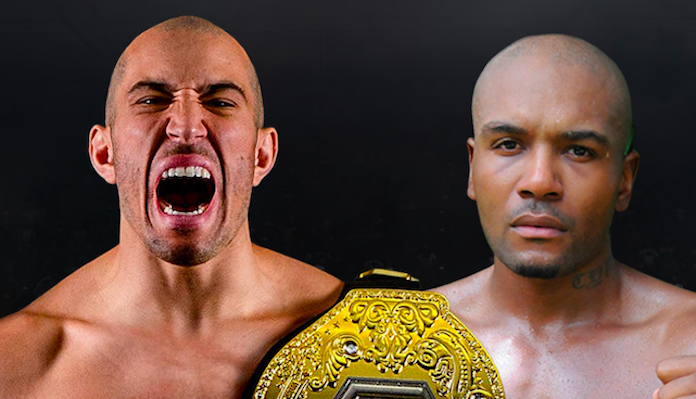 The first Lethwei title fight in US history goes down this Saturday, as Dave Leduc and Cyrus Washington will collide for the Sparta Sports and Entertainment Lethwei title.

Leduc and Washington are far and away the most successful foreigners to compete in Lethwei, an ancient and brutal combat sport from Myanmar that allows strikes with the fists, elbows, legs, knees and head, and provides competitors with only a thin layer of gauze to protect their hands. The pair first met in 2017, in Yangon, Myanmar. As the only two foreigners with wins over Lethwei legend Tun Tun Min, their fight generated massive buzz all across the country and internationally.

After five rounds, throughout which Leduc was the more aggressive and successful party, the bout was ruled a draw, as traditional Lethwei rules only allow victories by way of knockout.

On Saturday night, in a fight card promoted by Sparta Sports and Entertainment in Cheyenne, Wyoming, Leduc and Washington will finally meet in a long-awaited rematch, and attempt to battle to a more decisive end.

Here’s how to watch this anticipated Lethwei attraction.

How to Watch: The Dave Leduc vs. Cyrus Washington rematch will be available on pay-per-view, worldwide, for $25.99 USD (buy here).

When to Watch: The Leduc vs. Washington card will begin at 7:00pm local time and 9:00pm ET.

Ahead of the fight, Leduc spoke to BJPENN.com and vowed to produce a more decisive win over Washington.

“I’m very disappointed it was a draw” Leduc said. “I was pissed off. I respect traditional rules, and I understand that Burmese people just want to see a war, they want to see blood, but I saw [the result] the other day on Wikipedia, and it says ‘draw.’ All that work, and it’s a draw?

“I have to finish him, because he’s the only potential asterisk to my legacy,” Leduc added. “People can say ‘Dave beat Tun Tun Min, he did all of this, but Cyrus did too.’ But if I knock out Cyrus, nobody is going to be able to say f**k all. That’s the way I see it. Yes, I’m defending my traditional title for the ninth time, yes, there’s the Sparta belt, but I’m also making sure that there’s no asterisks attached to my name and there’s no non-Burmese guys that can come close to me.”

Leduc also emphasized that he intends to use a significant portion of his fight purse for philanthropic efforts in Myanmar.

Will you be buying the Leduc vs. Washington pay-per-view?