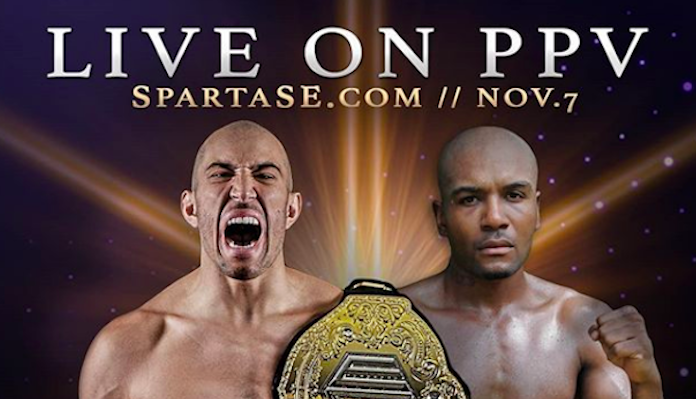 Dave Leduc has participated in many big fights since he began dedicating his life to Lethwei. His next fight, however, might be the biggest to date.

Leduc, a man fight fans know as “The King of Lethwei,” is set to defend his crown on November 7 in Cheyenne, Wyoming, when he takes on his long-time rival Cyrus Washington in an anticipated rematch. The bout, which is being promoted by Sparta Sports and Entertainment, will air on pay-per-view at a price of $25.99 USD.

Leduc and Washington are far and away the most successful foreigners to compete in Lethwei, an ancient and brutal combat sport from Myanmar that allows strikes with the fists, elbows, legs, knees and head, and provides competitors with only a thin wisp of gauze to protect their hands. The pair first met in 2017, in the sweltering heat of Yangon, Myanmar. As the only two foreigners with wins over Lethwei legend Tun Tun Min, their fight generated massive buzz all across the country and further afield.

“I was doing a Lekkha Moun to say ‘come on bro, come at me,'” Leduc told BJPENN.com, looking back on his first fight with Washington. “He wanted me to run after him, but I was very careful and very prudent—maybe too careful and too prudent, actually.

After five rounds, throughout which Leduc was the far more aggressive and successful party, the bout was ruled a draw, as traditional Lethwei rules only allow victories by way of knockout.

Leduc has become a dedicated ambassador of Burmese culture, and has great respect for the traditional Lethwei ruleset, but admits it stings to dominate a fight and walk away with a draw just because a knockout didn’t occur.

“I’m very disappointed it was a draw” he said. “I was pissed off. I respect traditional rules, and I understand that Burmese people just want to see a war, they want to see blood, but I saw [the result] the other day on Wikipedia, and it says ‘draw.’ All that work, and it’s a draw? You see guys in Muay Thai like Buakaw, most of their wins are decisions, it’s all green. Like really, bro?

Suffice it to say that Leduc will be seeking a more decisive end in his imminent rematch with Washington. Because the fight will occur under the traditional Lethwei ruleset, that means he’ll need to win by knockout. He’s “100 percent” confident he’ll be able to do so, but he’s not underestimating the task at hand. He recognizes that Washington is as lethal as ever, but also feels that he can’t give his foe too much respect.

“I respect him as a fighter,” Leduc said. “I have to respect his skills coming into the fight. It would be stupid not to respect the danger of his kicks, his spinning kick to the body, all these things.

“But there has to be less respect in this fight, meaning that I respected too much last time” Leduc added. “I was disengaging. I let him run away. I will have to respect him less this time.”

Leduc also recognizes that Washington could have some new tricks up his sleeve, but believes he’s evolved far more than his rival has since their first fight in Myanmar three years ago.

“He said he’s studied me,” Leduc said of Washington. “All of my fights are online, so obviously he can go and check, but I spar with different guys all the time. Nobody’s invincible, but whatever he has, I’m ready. It’s a chess game, and I’m already ahead. If he thinks he can do something about one weapon, well, I already have a counter for his counter.

While Leduc is determined to produce a more decisive outcome in his rematch with Washington, his goals extend far beyond that. This fight will have two belts on the line: Leduc’s traditional Lethwei world title and Sparta’s inaugural Lethwei title. If the Canadian is able to leave Wyoming with those two belts slung over his shoulders, he believes he’ll have cemented himself as the greatest non-Burmese fighter in Lethwei history.

“The belts are a nice f**king bonus,” he said. “But this is a legacy fight. This fight is going to determine the best non-Burmese Lethwei fighter in history.

“I have to finish him, because he’s the only potential asterisk to my legacy,” Leduc added. “People can say ‘Dave beat Tun Tun Min, he did all of this, but Cyrus did too.’ But if I knock out Cyrus, nobody is going to be able to say f**k all. That’s the way I see it. Yes, I’m defending my traditional title for the ninth time, yes, there’s the Sparta belt, but I’m also making sure that there’s no asterisks attached to my name and there’s no non-Burmese guys that can come close to me.”

Leduc also has philanthropic motivations ahead of this massive rematch. The champ and the card’s promoters are forecasting up to 200,000 pay-per-view sales, and he intends to use a significant portion of his cut to improve the lives of impoverished children in Myanmar.

“After living what I lived in Myanmar, helping out at orphanages, helping kids with HIV, it really changed my life,” he said. “We plan to build schools and hospitals for women to give birth safely in remote parts of Myanmar. That’s where the money’s going to go. [If you buy the pay-per-view], not only will you get to watch a crazy fight, you can help make changes in the world.”

Needless to say, there will be a lot on the line when Dave Leduc and Cyrus Washington collide for a second time in Cheyenne, Wyoming on November 7.