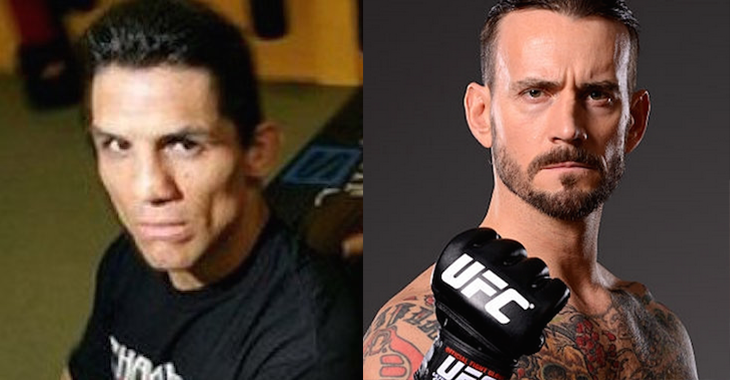 Since the announcement of CM Punk’s signing with the Ultimate Fighting Championship, there has been several fighters calling out the rookie for his debut match. The least likely of them all actually isn’t Jason David Frank, former Power Ranger.

Frank Shamrock recently threw his name in the hat when he was asked if he would take the fight with Phil “CM Punk” Brooks in his octagon debut. When King Of All Tenors of MMA.TV asked the legend about the fight, Shamrock simply responded, “I’m your huckleberry!”

With a record of 23-10-2 and knowing his current relationship with the UFC, it’s highly unlikely that we will see this fight take place. Shamrock is a UFC, Strikeforce and K-1 veteran who lost his last octagon outings against Nick Diaz and Cung Le when Strikeforce was still in business.

Who would you like to see CM Punk face when he steps into the octagon? How many fights do you think he needs under his belt to face someone at the caliber of Frank Shamrock?