Angela Lee is back to teach fans a new move. Once again training with 10th Planet Jiu-Jitsu’s Rick Marshall, Lee demonstrates a very rare submission called the Peruvian Necktie. It’s basically an unorthodox choke that is a little uncommon in mixed martial arts. Although Lee herself has used the maneuver many times.

Lee, 20, is the youngest world champion in MMA history. She currently holds the ONE atomweight world championship belt. What makes Lee such an incredible fighter at a young age is her ability to grapple. Lee’s grappling skills are well-advanced far beyond her years, as she has shown so far in her career. 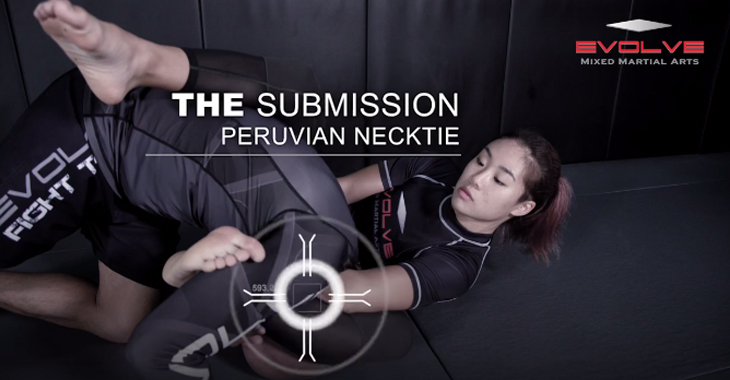 Angela Lee is the youngest MMA champion in history

In the video originally posted by Evolve Vacation, Lee goes into detail about how to pull off this move. First, Lee says to anticipate your opponent shooting in, and that’s when you sprawl into an over-under. Step two involves establishing a cable grip by clasping the hands together.

Now step three is where it gets tricky. You have to move your right foot out to the side of your opponent, while swiftly moving your left leg over your opponent’s neck. This step is crucial in locking in the choke.

One tip the video highlights is that it is essential to use the leg to pull down the head to help complete the choke. Step four is just a matter of sitting down and swinging the off leg over the opponent’s body. Now it’s time to squeeze and add pressure.

WATCH: ONE Atomweight World Champion Angela Lee demonstrates how to do a Peruvian Necktie submission in Brazilian Jiu-Jitsu!https://evolve-vacation.com

It’s one of those submissions you can threaten with that most opponents won’t see coming.

Lee is known as one of the finest young prospects in all of mixed martial arts. One thing that stands out about her game is her amazing Brazilian Jiu-Jitsu. Although she holds just a brown belt for the time being, her skills are much more advanced. The many nuances of MMA and cage fighting in general have elevated her ground game.

Lee (7-0) will return to competition this May 26th at the Singapore Indoor Stadium in Singapore. She is set to defend her title against Brazil’s Istela Nunes (6-0) in the main event of ONE: Dynasty of Heroes. In the co-main event, ONE welterweight world champion Ben Askren (15-0) takes on the undefeated Agilan Thani (7-0).