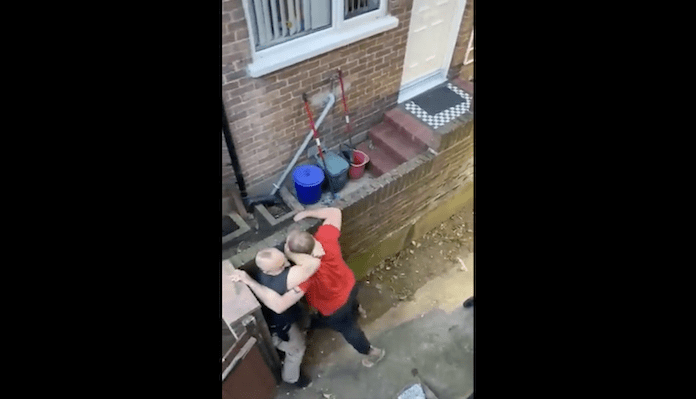 A fight between neighbors resulted in multiple knockdowns and a nasty KO after two men got into an argument in a narrow alleyway.