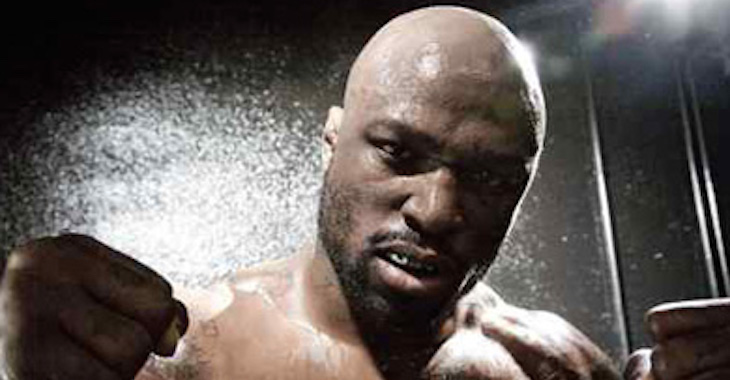 Tomorrow night on SPIKE TV, “King Mo” will return to action as a heavyweight, against popular UFC veteran Cheick Kongo.

And while tomorrow’s weigh-ins should be a piece-of-cake, Lawal found himself in a new type of pre-fight battle, but this one was off the scale.

While posting up at the pre-fight hotel, King Mo, accompanied by Kimbo Slice, was swung on by the Triumph United Founder and President.

BJPENN.COM broke the news of the scuffle, and we also got King Mo to break his silence on the issue at hand.

“Hans swung on me, and I don’t even know why. I wasn’t talking to his bitch ass. But if, and when I see him, Imma make sure he look like a zombie from ‘The Walking Dead.'”