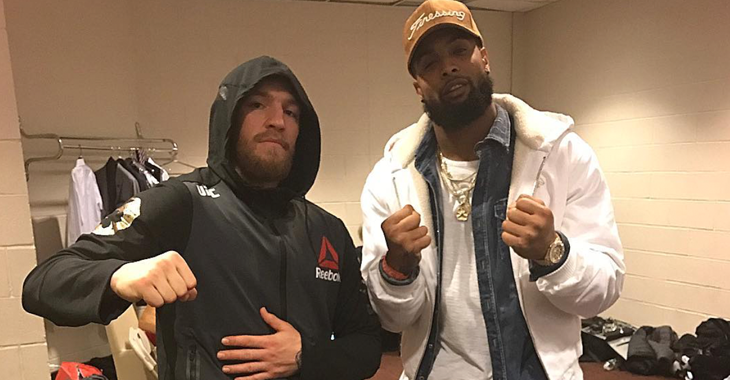 There is no denying how much interest there is in mixed martial arts.

With the UFC having its first event in New York since MMA was legalized in the state back in March, UFC 205 broke nearly every record in the company’s history.

With the help of UFC superstar Conor McGregor headlining the UFC 205 event at Madison Square Garden, the UFC continues to grow to new heights.

Colin Cowherd and Kristine Leahy spoke about the records broken on “The Herd” following the historical UFC event.

“There are some records out of UFC 205, all the records broken in that fight including the live gate at $17.7 million,” Leahy said. “Attendance over 20,000. The weigh-in attendance got over 15,000, which is a new global UFC record. The FS1 prelims.

“So the UFC fight had 14 billion social media impressions and the Super Bowl had one-third of that,” Cowherd commented.

Cowherd went on to say how he has argued with traditional media on how the UFC was a huge hit over the last 10 years. “The Northeast media wouldn’t even cover this for years. Cause newspaper guys are all cranky and want to talk American league central baseball standings. This UFC thing has been on fire for a decade and big chunks of the American media just don’t pay attention.”

“14 billion impressions! It’s killed boxing and it makes wrestling look goofier than its ever looked.”

Where do you think the sport of mixed martial arts goes from here? Give us your thoughts in the comment section!