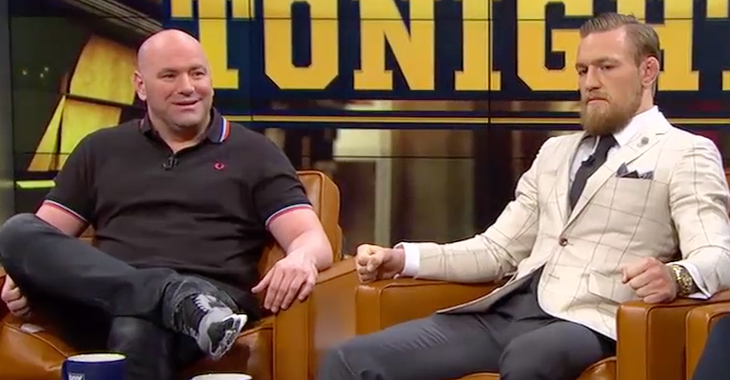 Following his historic win over Eddie Alvarez at UFC 205 in New York, Conor McGregor held both the UFC featherweight and lightweight belts for a short time before relinquishing the 145-pound division title.

With stamping his name yet again in the history books of the UFC, “The Notorious” told the media at the post-fight press conference that he would be taking a break from fighting for the birth of his first child and also to negotiate with the UFC.

“Where’s my share? Where’s my equity? If I’m the one that’s bringing this, they’ve got to come talk to me now,” McGregor said. “I’ve got both belts, family on the way. If you want me to stick around, if you want me to keep doing (this), let’s talk. But I want the ownership now. I want the equal share. I want what I deserve, what I’ve earned.”

UFC President Dana White recently spoke with TMZ and isn’t opposed to giving the UFC superstar shares of the company, of course for a price.

“Listen, a lot of people bought in on the UFC,” White said. “Banks, celebrities, and everything else. Listen, you want a piece? He’s got a lot of money. Come in and buy a piece, man.”

When questioned if fighters like McGregor would be given the opportunity to buy shares in the company, White didn’t have a problem with it.

As far as negotiating any contracts to pay fighters with shares in the UFC, White said that it’s a cash job.

Do you think Conor McGregor will buy shares in the company? Will other fighters follow? Give us your thoughts on the matter in the comment section.