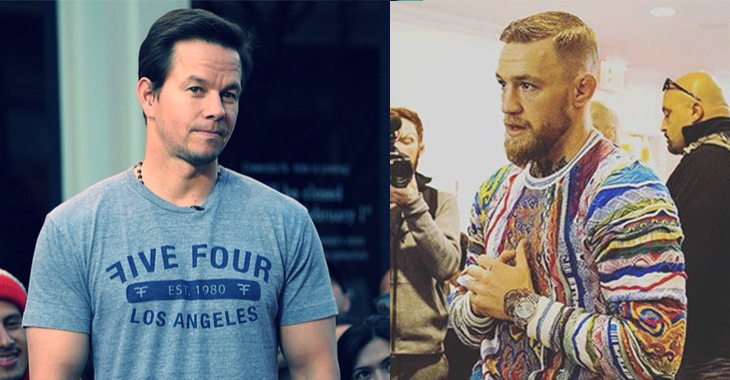 UFC superstar Conor McGregor made it known after his historic UFC 205 fight in New York this past weekend that he is looking for more than just a fight purse and piece of the pay-per-view buys.

With his win over Eddie Alvarez at New York’s Madison Square Garden on Saturday night, McGregor made history by becoming the first fighter in the UFC to simultaneously hold status as the champion of two separate weight classes. During the post-fight press conference, “The Notorious” stated that he is waiting for a call from the new owners of the UFC to offer him shares in the company and it sounds like at least one of the celebrity investors is listening.

Actor and producer, Mark Wahlberg, was recently asked by TMZ about McGregor’s desire to be a shareholder in the company and the actor said he’s willing to give “The Notorious” a piece of his pie, at a price of course.

“Well, he’s gotta cut the check,” Wahlberg said if McGregor wants a stake in the UFC. “Everybody cuts a check. If you want a piece, you gotta pay for it.”

When Wahlberg was asked if he would welcome McGregor in as a shareholder, the actor was more than happy to extend an offer.

“Absolutely! You know what, as a matter of fact, I’ll give him a piece of mine because you know what? He is the face of the UFC right now.”

Wahlberg made sure to reiterate that it is a business deal with money involved.

“But also you know, in business, you gotta cut the check.”

Wahlberg added, “You know what? He’s a hustler like me so there’s probably a lot of opportunities for us to go out there and make money and work together.”

As far as an acting career for “The Notorious,” Wahlberg who has served as the executive producer of hits such as “Entourage,” “Boardwalk Empire,” and “Ballers,” says that Conor McGregor “is a movie waiting to happen. Why not?”

Would you like to see Conor McGregor make his way to the big screen? Share your thoughts with us in the comments!