You may have heard former UFC bantamweight champion Cody Garbrandt talk about the incident, but the video of what went down with movie star Jean-Claude Van Damme has just recently surfaced.

Van Damme was over at Team Alpha Male not long ago showing the guys in the gym some technique. Garbrandt explained on the Real Quick with Mike Swick podcast that he and Van Damme were going through some kicking techniques where the martial arts movie star turned things up a bit too much and hit Garbrandt with a kick “right in the teeth.”

As you can see from the video above, after the kick lands, both Garbrandt and Van Damme have some real reactions. Van Damme puts his hands on his face immediately after connecting with the former UFC champ and yells out yells in frustration. Garbrandt was shocked and upset, not expecting any contact and points to his mouth and starts walking away as Van Damme tries to apologize. 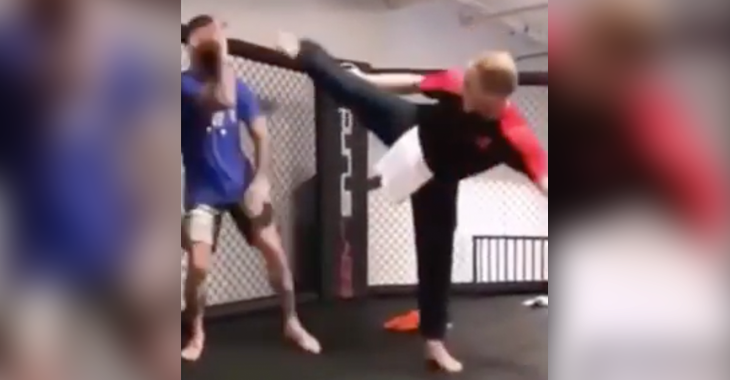 Garbrandt went on to say that he did not want to spend any more time with the movie star after their incident because he was so upset. However, the two ended up together again and Garbrandt was able to accept Jean-Claude’s apologies at a dinner Urijah Faber catered for the crew.

“It is what it is,” said Garbrandt. “We ended up hanging out, turned into a good trip with Jean. He had some really good kicks, I’m not going to lie.” 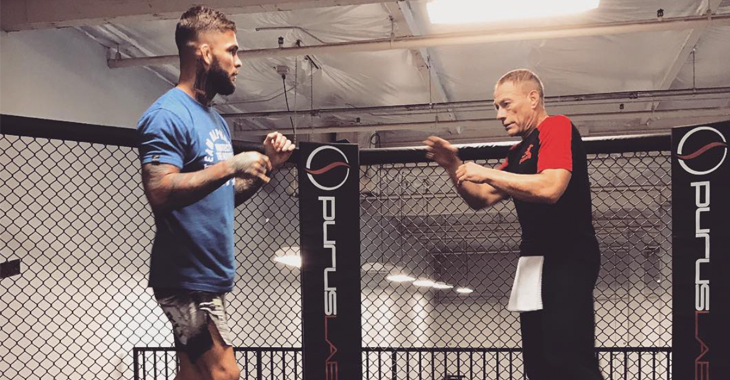