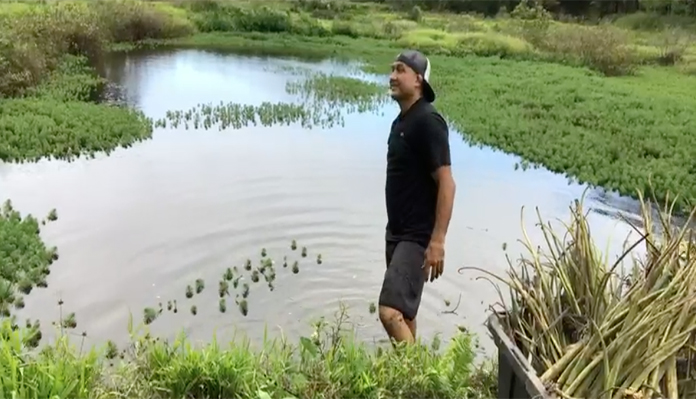 In this episode of BJ Penn’s Video Blog, “The Prodigy” gives us an inside look into his taro farm in Waipio Valley.

Waipio Valley, much like most of the island nation of Hawaii, is a little slice of paradise. The calm breeze rolls through the valley, the wild horses roam free, and BJ’s faithful canine companion Sophia gets plenty of exercise.

“We’re trying to drag these taro patches out and get some of these weeds out. It’s a lot of work. We’re gonna throw some of this taro over here for now just to handle so we can dry this stuff out.”

Taro, or Kalo in Hawaiian, is a tropical plant grown for it’s edible roots and has been a staple of Pacific Islander culture for hundreds of years. BJ has been tending this crop himself for nearly a decade. It is traditionally used in Hawaiian culture to make Poi, which requires the fermented roots of the Taro plant to make a paste. A process that you’ll see in later BJ Penn Video Blog episodes.

Farming Taro and making Poi are just some of many ways for the UFC Hall of Famer to keep busy during the Covid-19 crisis.

Fret not, Penn Nation. There’s much more of BJ’s Video Blog to come!

For the full video blog library, and the BJJ with BJ video library, click here.