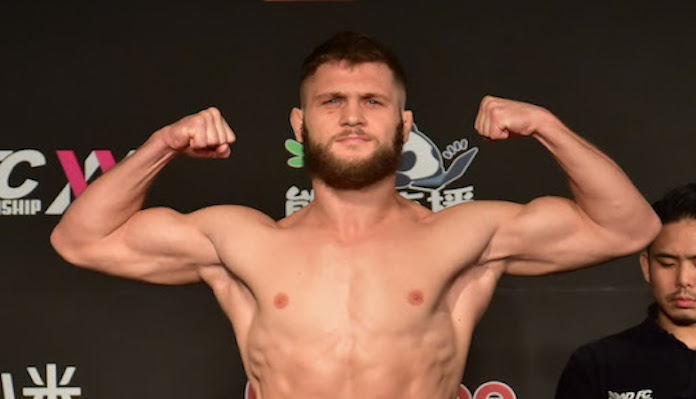 UFC lightweight Rafael Fiziev reacted to the news that he was one of the lucky winners of a $50,000 bonus award at UFC Fight Island 2.

Along with Ariane Lipski and Deiveson Figueiredo, who won $50,000 each for “Performance of the Night,” Fiziev and fellow lightweight Marc Diakiese won bonuses for “Fight of the Night” for their incredible striking battle on the UFC Fight Island 2 main card. Following the event, a video was posted of Fiziev reacting to the incredible news that he won a bonus.

It’s an incredible reaction from Fiziev, who absolutely deserved to win the $50,000 bonus. His fight against Diakiese was a fantastic bout for fans to watch as both men threw an incredible variety of strikes at each other for the entire 15 minutes. At the end of three rounds, Fiziev was declared the winner via unanimous decision as all three judges believed he had done enough to get his hand raised in their all-out war.

The win for Fiziev moved his UFC record to 2-1 overall, with wins over Diakiese and Alex White following a TKO loss to Magomed Mustafaev in his UFC debut. Overall, Fiziev is just 8-1 in his MMA career, but he has hundreds of muay Thai fights so he is a very experienced combat sports fighter. So despite not having many MMA fights, this is one very experienced striker, and there are many exciting matchups in his UFC future.

As for what’s next for Fiziev, he will probably take a few months off after this war with Diakiese, but once he returns to the Octagon look for the UFC to match him up against another striker who is not ranked in the top-15. Although Fiziev looked impressive in this fight, he still has to gain more experience before he starts getting ranked opponents. But as far as Saturday night at Fight Island 2 is concerned, Fiziev was one of the stars of the night, and he deserved to win the $50,000 bonus, as did his rival Diakiese.

What do you think is next for Rafael Fiziev?