Valentina Shevchenko has her eyes on Miesha Tate for a potential title defense.

Shevchenko is set to face Taila Santos in the co-main event of UFC 275 as she looks to defend her belt for the seventh time. Given she is 8-0 in the weight class, she has almost cleared out the division, but one fighter she has her eye on is Tate.

Of course, Tate is set to drop down to flyweight and face Lauren Murphy at UFC 276 on July 2. Should the former bantamweight champ win that fight, and Shevchenko beats Santos on Saturday in Singapore, ‘Bullet’ says she would love to face Tate.

“I would love to and definitely it’s going to be the main event for the pay-per-view. I would love this fight to happen, so let’s go, let’s go,” Shevchenko said to James Lynch. 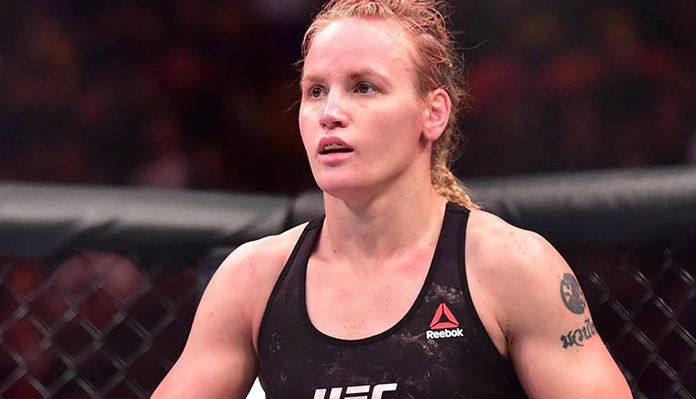 Whether or not Tate would get the next title shot with just one win in the weight class is uncertain. The winner of Vivane Araujo vs. Alexa Grasso could get it or perhaps Manon Fiorot if she defeats Katlyn Chookagian in Paris but Shevchenko likes the idea of fighting another former UFC champion.

Valentina Shevchenko (22-3) is coming off a TKO win over Lauren Murphy back in September after scoring a TKO win over Jessica Andrade in April. Since dropping down to flyweight in 2018 she’s 8-0 with notable wins over Joanna Jedrzejczyk, Katlyn Chookagian, Jennifer Maia, and Liz Carmouche.

Miesha Tate (19-8) is coming off a decision loss to Ketlen Vieira last November after scoring a TKO over Marion Reneau which ended her retirement. Following the main event loss to Vieira, Cupcake announced she would be dropping to flyweight. In her career, she holds notable wins over Holly Holm, Sara McMann, and Jessica Eye among others.

Would you like to see Valentina Shevchenko vs. Miesha Tate if they both win their next fights?