As many fans and analysts predicted, tonight’s UFC Vegas 56 main event did not make it out of the first round. Alexander Volkov was able to find success with his kicks in the early moments of the contest, this before ultimately putting Jairzinho Rozenstruik down with a flurry of punches. Referee Herb Dean quickly jumped in to wave off the fight and there was no dispute of any early stoppage coming from the corner of Rozenstruik.

The co-main event of UFC Vegas 56 featured a men’s featherweight contest between Dan Ige and Movsar Evloev. The bout proved to be a real coming out party of Evloev. The undefeated Russian utilized his grapping and some effective strikes to smother and overwhelm Dan Ige for the better part of fifteen minutes. After three rounds of hard fought action the bout went to the judges scorecards. 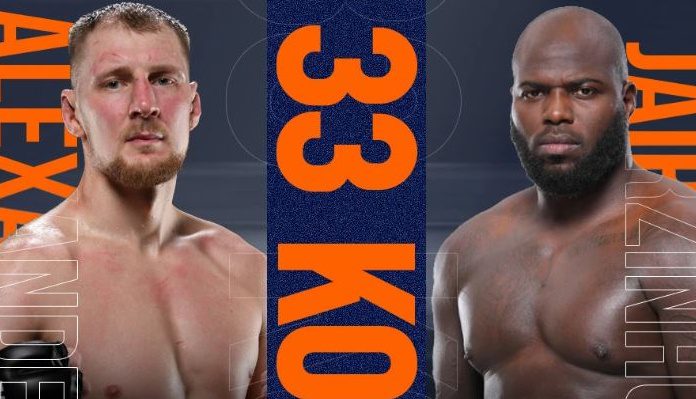 Fight of the night: Featherweight fighters Michael Trizano and Lucas Almeida earned ‘fight of the night’ honors for their thrilling war on tonight’s UFC Vegas 56 main card. Almeida won the bout by third round TKO (see that here).

Performance of the night: Ode Osbourne pocketed an extra $50k for his sensational first round knockout victory over Zarrukh Adashev.

Performance of the night: Karine Silva earned an extra $50k for her first round submission victory (d’arce choke) over Poliana Botelho.

Are you surprised by any of the performance bonuses handed out by Dana White and company following the conclusion of today’s UFC Vegas 56 event?