Font (18-4 MMA) will enter tonight’s main event on a three-fight win streak, his latest being a first round TKO victory over Marlon Moraes this past December. That win was preceded by unanimous decision victories over Ricky Simon and Sergio Pettis.

Meanwhile, Cody Garbrandt (12-3 MMA) will enter UFC Vegas 27 in hopes of building off the momentum from his stunning knockout of Raphael Assuncao at UFC 250. That win snapped a three-fight losing skid for the former bantamweight champion, as ‘No Love’ had suffered knockout losses to Pedro Munhoz and TJ Dillashaw (x2). 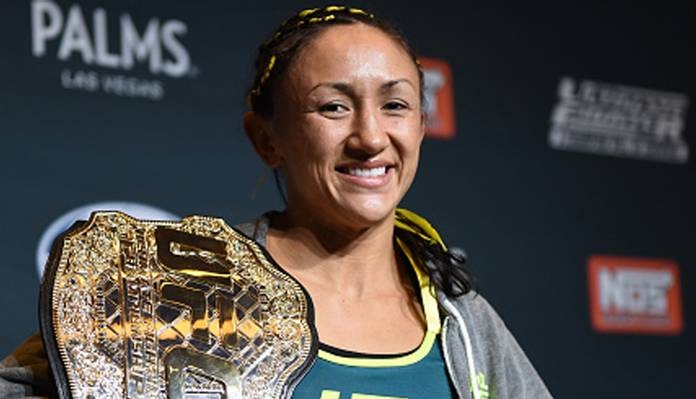 Esparza (17-6 MMA) will enter tonight’s contest sporting a four-fight winning streak, her latest being a split-decision victory over Marina Rodriguez.

Meanwhile, Yan Xiaonan (13-1 MMA) is currently riding an eleven-fight winning streak, which includes five-straight wins under the UFC banner. The Chinese standout is coming off a unanimous decision victory over former title challenger Claudia Gadelha in her most recent effort.

Get tonight’s full fight card and start times below:

Yan Xiaonan vs. Carla Esparza – Esparza def. Xiaonan by TKO (elbows) in Round 2

Ben Rothwell vs. Chris Barnett – Rothwell def. Barnett via submission (guillotine choke) at 2:08 of Round 2

Bruno Silva vs. Victor Rodriguez – Silva def. Rodriguez via KO at 1:00 of Round 1

David Dvorak vs. Juancamilo Ronderos – Dvorak def. Ronderos via submission (rear-naked choke) at 2:18 of Round 1

One and DONE for The Undertaker 💢

If Booker T was an MMA fighter. pic.twitter.com/9UAMU1xZkq

Who are you picking to win tonight’s UFC Vegas 27 main event between Cody Garbrandt and Rob Font? Share your predictions in the comment section PENN Nation!