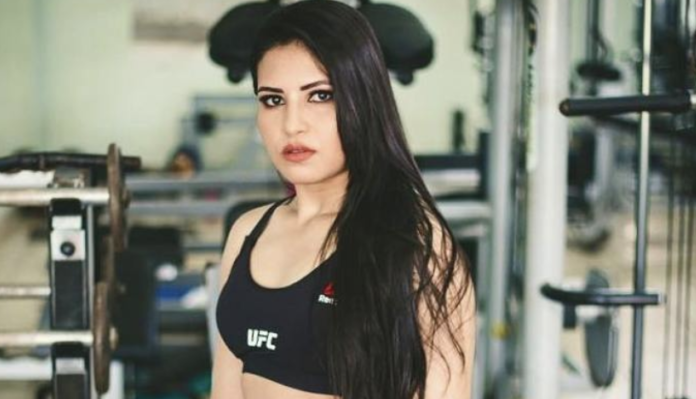 As MMA continues to grow as a sport, that means that more people will learn and know how to defend themselves in certain situations. And being the 10-2 UFC strawweight that she is, Polyana Viana is more than capable of doing just that.

On Saturday around 8:00 PM local time, Viana had a stranger attempt to rob her of her phone. Of course, that did not at all go the way that he surely had planned.

Viana says she was waiting for her Uber to pick her up outside of her apartment complex in Jacarepagua, a neighborhood that’s located in the West Zone of Rio de Janeiro, Brazil. A man sneakily approached her Viana said, as by the time that she noticed him, he was already close to her.

“When he saw I saw him, he sat next to me,” Viana told MMAJunkie. “He asked me the time, I said it, and I saw he wasn’t going to leave. So I already moved to put my cell phone in my waist. And then he said, ‘Give me the phone. Don’t try to react, because I’m armed.’ Then he put his hand over [a gun], but I realized it was too soft.

“He was really close to me. So I thought, ‘If it’s a gun, he won’t have time to draw it.’ So I stood up. I threw two punches and a kick. He fell, then I caught him in a rear-naked choke. Then I sat him down in the same place we were before and said, ‘Now we’ll wait for the police.’”

Always proud of his fighters in situations like this, UFC President Dana White shared a picture of the man after the incident.

“On the left is @polyanaviana, one of our @UFC fighters and on the right is the guy who tried to rob her #badf*ckingidea” White said on Instagram.

Thankfully, Viana the man’s ‘gun’ was actually just some cardboard that was shaped to resemble a gun. However, it still makes for a scary situation when one isn’t 100 percent sure of what weapons their attacker can have in their possession.

Regardless of that and knowing that the area wasn’t the safest, Viana said she was able to stay calm.

“I was fine,” Viana said. “I was fine because he didn’t even react after. Since he took the punches very quickly, I think he was scared. So he didn’t react anymore. He told me to let him go, like ‘I just asked for the time.’ I said, ‘Asked for the time my ass,’ because he saw I was very angry. I said I wouldn’t let go and that I was going to call the police.

“He said, ‘Call the police, then’ because he was scared I was going to beat him up more.”

Viana last fought at UFC 227 when she suffered her first loss in the UFC to JJ Aldrich by unanimous decision. Thus making the 27-year old 1-1 in her short tenure with the promotion so far.