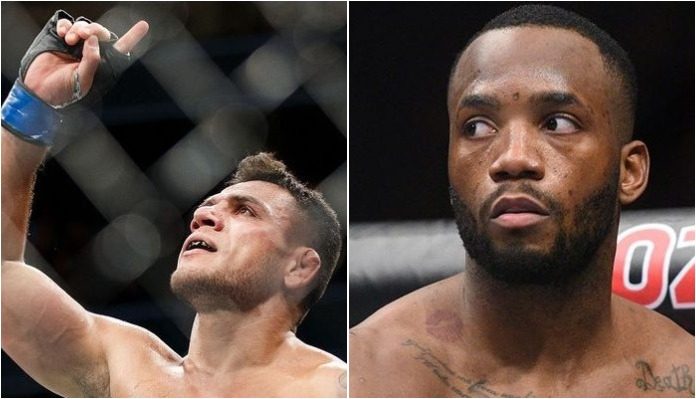 The octagon returns to the great state of Texas this evening for UFC San Antonio, a televised event headlined by a welterweight fight between Rafael dos Anjos and Leon Edwards.

Former UFC lightweight champion Rafael dos Anjos (29-11 MMA) returned to the win column in May, scoring a submission victory over Kevin Lee at UFC Rochester. ‘RDA’ has gone 4-2 since making the jump to welterweight.

‘The Big Ticket’, Harris (12-7 MMA), will enter tonight’s contest looking to build on the momentum of his first round knockout victory over Sergey Spivak at UFC Ottawa.

As for ‘The Boa Constrictor’, Oleinik (57-12-1 MMA) is looking to rebound after having his two-fight winning streak snapped by Alistair Overeem at April’s UFC Saint Petersburg event.

Who are you picking to win tonight’s UFC San Antonio main event between Rafael dos Anjos and Leon Edwards? Sound off in the comments section PENN Nation!