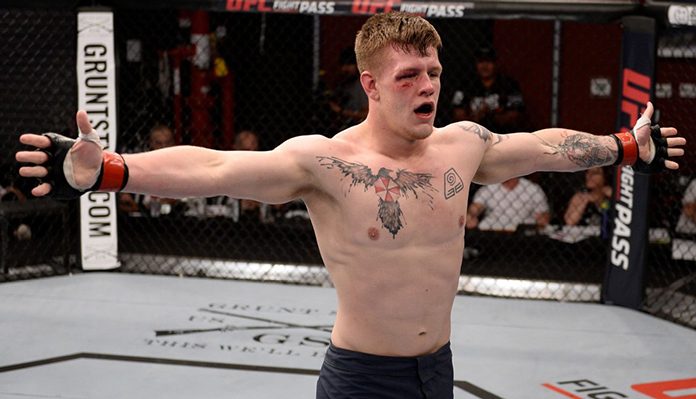 Round one begins and Bukauskas throws a low kick but Crute counters with a right hand. The Aussie shoots for a takedown and presses Modestas against the cage. Crute with a knee inside but it lands low. The referee steps in to let Bukauskas recover. We restart and Crute lands a right hand over the top. He follows that up with a hard low kick. Bukauskas responds with a right hand of his own. Another chopping leg kick from Jimmy Crute. He lands a crisp right hand. Bukauskas circles but eats another low kick. Crute comes forward and lands a jab. Bukauskas circles but Crute catches him with a combination and drops him. Bukauskas is back up but Crute sends him back down with another combination. This one is all over.

Who would you like to see Jimmy Crute fight next following his KO victory over Modestas Bukauskas this evening on Yas Island? Share your thoughts in the comments section PENN Nation!