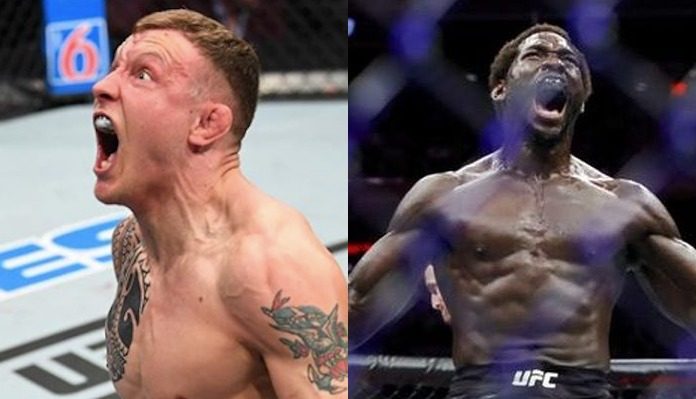 Jack Hermansson (20-4 MMA) will enter tonight’s event on a four-fight winning streak, his latest being a unanimous decision victory over former Strikeforce champion Ronaldo Souza this past April.

Since joining the UFC ranks in September of 2016, ‘The Joker’ has gone 7-2 which includes five stoppage victories.

Nelson is coming off a split-decision loss to Leon Edwards at March’s UFC London event. ‘Gunni’ has gone 3-2 over his past five Octagon appearances.

As for Gilbert Burns, the 30-year-old Brazilian is currently riding a three-fight win streak, his latest being a unanimous decision victory over Alexey Kunchenko.

He did it … AGAIN!@003_OSP hits the VON PREUX choke and submits Oleksiejczuk! pic.twitter.com/D8M2KWYpeD

Alen Amedovski vs. John Phillips – Phillips def. Amedovski via TKO (punches) at 0:14 of Round 1

Who are you picking to win tonight’s UFC Copenhagen main event? Sound off in the comments section PENN Nation!