The Octagon remained in Nevada for tonight’s UFC 276 event, a twelve-bout fight card headlined by Israel Adesanya vs. Jared Cannonier.

Tonight’s middleweight title fight main event did not result in the barn burner most fans were hoping to witness. Instead, both men showed a lot of respect for each others power which prompted a slow and steady approach. Israel Adesanya got off the better volume if strikes in rounds one and two but Jared Cannonier began to make things more competitive by round three. Although rounds four and five were close, it was Adesanya who ultimately walked away with a unanimous decision win.

The co-main event of UFC 276 featured a highly anticipated trilogy bout between Alex Volkanovski and Max Holloway for the promotions featherweight title. The bout proved to be a coming out party for Alex Volkanovski. The Australian champion put on arguably his finest performance to date, peppering ‘Blessed’ with jabs and kicks throughout the course of the twenty-five minute affair. After five rounds of thrilling action, Volkanovski was awarded a flawless victory from the judges in attendance (50-45 x3).

Following the conclusion of tonight’s event, UFC officials announced at the post-fight press conference that five fighters would be taking home performance bonuses. 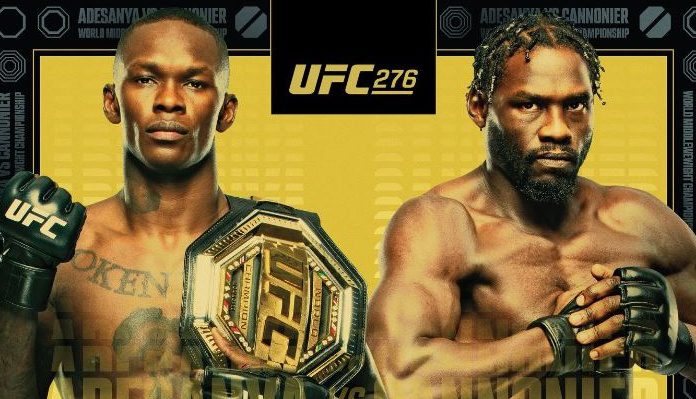 Fight of the night: Welterweight fighters Bryan Barberena and Robbie Lawler earned ‘fight of the night’ honors for their thrilling war on tonight’s UFC 276 main card. ‘Bam Bam’ wound up winning the contest by second round TKO.

Performance of the night: Alex Pereira pocketed an extra $50k for his sensational first round knockout victory over Sean Strickland.

Performance of the night: Jalin Turner earned an extra $50k for his first round submission victory over Brad Riddell in tonight’s featured prelim.

Performance of the night: Julija Stoliarenko pocketed an extra $50k for her nasty first round submission win over Jessica-Rose Clark (see that here).

Are you surprised by any of the performance bonuses handed out by Dana White and company following the conclusion of tonight’s UFC 276 event?

This article appeared first on BJPENN.COM
- Advertisement -
This article appeared first on BJPENN.COM
Previous articlePros react after Israel Adesanya defeats Jared Cannonier at UFC 276
Next articleAlex Pereira reacts to Israel Adesanya’s “disrespectful” performance at UFC 276: “People were leaving in round four like the fight was over”