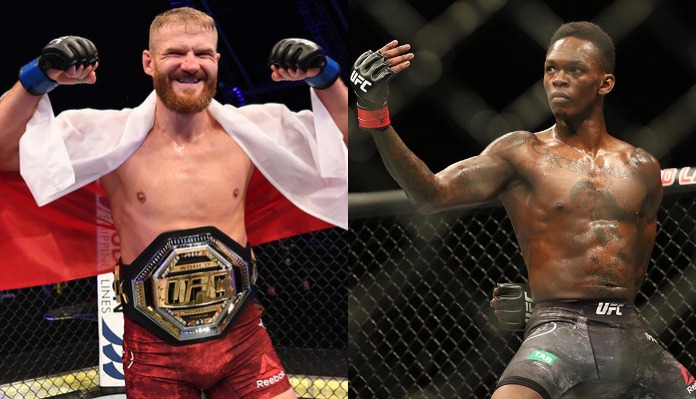 In what is being described as, on paper, one of the best UFC cards of all-time, there are so many enticing encounters on the UFC 259 bill that fans have to enjoy on Saturday night. From title bouts to potential number one contender clashes, it really is hard to find a flaw in here.

Plus, in addition to Blachowicz vs. Adesanya, Amanda Nunes defends her featherweight crown against Megan Anderson and Petr Yan will try to finally put the finishing touches on his rivalry with Aljamain Sterling when they meet for the UFC Bantamweight Championship.

Below, you’ll find the full list of fights plus start times courtesy of UFC.com.

Blachowicz is heading into his fight against Adesanya as the underdog in the eyes of many, but the man himself certainly doesn’t feel that way.

“We do a lot of wrestling so maybe I will take him down. But, I like fighting standup, every fight starts standing, Blachowicz said. “If I have a chance to take him down I will do it. I watched the fight in kickboxing where he got knocked out many times. I will use my striking to knock him out. It’s part of my game plan but you will have to wait until to see the fight. He will feel the Legendary Polish Power, I promise you.”