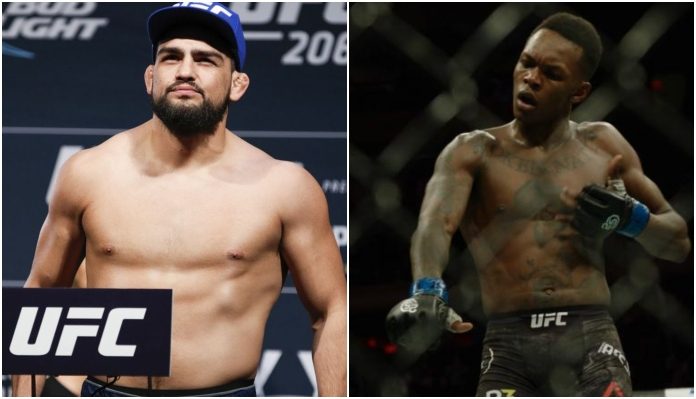 After some recent speculation as the date draws closer, we now know the second bout for UFC 236 which takes place on April 13.

ESPN has confirmed that at UFC 236 we will be treated to a middleweight title showdown… But it won’t be for the undisputed title.

The No. 1 contender Kelvin Gastelum (15-3) will take on the rising Israel Adesanya (16-0) for the interim middleweight title. Whether or not the bout will be the main or co-main event remains to be determined.

The only other bout on the card as of right now is a bantamweight fight between Boston Salmon and Khalid Taha.

As for the location of the event, that too remains to be determined. But just yesterday it was reported that the UFC has narrowed it down to two spots.

Those spots being either New York or Abu Dhabi in the United Arab Emirates. If the event is to go to Abu Dhabi, it will be the promotion’s third visit in their history. The last time coming in April 2014 with the first also coming in April but four years prior.

The undisputed champion Robert Whittaker is currently recovering from his emergency hernia and collapsed bowel surgery which took place the day of his big fight with Gastelum for UFC 234 earlier this month.

Whittaker’s timetable to return depends on his recovery progress, but Summer is looking to be the target time.

For Adesanya, he defeated the former 185-pound king in Anderson Silva at UFC 234 to secure this opportunity.

Kelvin Gastelum, on the other hand, last fought in May 2018 when he defeated Ronaldo “Jacare” Souza via split decision thus extending his current streak to two to earn his title shot with Whittaker.

The two men will now meet to see who will be next for the healing champion.